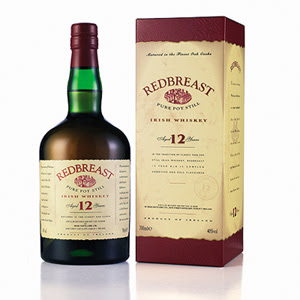 Nose
Upon opening (for the very first time) the bottle and pouring a dram, there was an initial strong alcohol scent, which quickly changed to lemon citrus with some malty undertones. These aromas are nothing special. However, if you let the whiskey breathe in a tumbler for a few minutes, the aromas rising up become much maltier and therefore quite pleasant. The initial unpleasant alcohol scents never return once you have opened the bottle.

Finish (undiluted)
Crunch of dark toast moving to spicy hot cinnamon, then sherry and finally the distinct taste of bruised Japanese tangerine on the finish. There is an interplay between spoilt sherry and spicy ginger and the former wins out in the end.

Palate (diluted)
Add one teaspoon of water and this whiskey reveals its complexity of flavor. It tastes more honeyed rather than the concentrated cinnamon and sherry revealed when sampled neat. Besides the honey being brought to the foreground, there appears rich cinnamon and ginger weaving a pleasing tapestry upon the palate. What I enjoy about the addition of water is that it subdues the sherry considerably. Drank neat, the sherry is out of balance, too dominant. The water beautifully remedies that imbalance. Besides the cinnamon, the other flavors of honey and ginger emerge as if drizzled on the dark toast I noted when drammed neat. Big, round flavors of maple syrup drizzled Belgian waffles participate at mid-palate.

Finish (diluted)
Spiced butterscotch, toffee and the faintest of ocean spray emerges on the finish.

General Impressions
In a blind taste test, this Irish whiskey, if diluted with a teaspoon of water to a shot, could pass for a Speyside single malt scotch. It has all the classic flavors of honey, cinnamon, toffee and butterscotch without any peat. I am going out on a limb here, but I find considerable similarities (if diluted) with Cragganmore 12yr old.

Big bodied, round flavors of malt, cinnamon, and burnt toast. Consumed neat, this whisky has some complexity of flavors, but not on par with great Speyside single malt scotches. No grainy flavor, nasty bite or burn here. Just lots of rich chocolate, thick, spiced honey and cinnamon flavors bouncing off each other. Needs water to bring out the complexity of the aforementioned flavors.

It’s good but not great if enjoyed neat. The sherry has an alcohol imprint and the spoiled taste of bruised tangerines, ever so slight on the finish, cheapens an otherwise good Irish whiskey.

I would buy this if I could not locate Cragganmore 12. If I am in the mood for an Irish whiskey, I would probably pass on this and go for Bushmills Black Bush. To my palate, it is so similar to Speyside scotch that I would rather buy the real thing. That being said, this is a fine whiskey that would make an acceptable gift or serving to your whiskey loving friends.

The online reviews for this whiskey are almost universally positive, but I cannot give it an automatic thumbs-up. The sherry and bruised tangerine flavors result in a finish that also has a distinct alcohol flavor that unpleasantly cheapens the flavor profile. For that reason, I am put off by this Irish whiskey. It’s good but not what I would call "great" to borrow from 'Tony the Tiger' of childhood cereal advertising (Frosted Flakes). I am in a minority opinion on this point, but hey I call it how I taste it. I am fairly sure I would not buy this again because I keep thinking this is a lot like Cragganmore 12 yr old, and why buy the imitator when you can have the real thing!

P.S. I have been drinking this over the past few weeks and like it less and less. The off sherry and tangerine notes I mention above are ever-present. Not liking this very much and definitely would not buy again. This is one to pass on, especially in light of the moderately high price.

Update April 2010:  The above review was for a 2007-2008 bottling that did have problems with off notes.  Apparently this issue has been resolved and it is much better.  If those off notes are not in it now, it is a very good Irish whiskey to buy.  Trouble is, I have not been able to pick it up where I live.