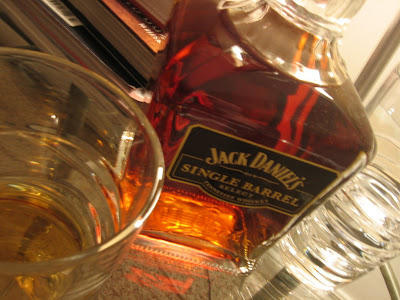 I was recently out for drinks one summer evening.  I and some friends were sitting in a cafe, under an umbrella, waiting for the waitress to take our drinks order.

I sureveyed the spirits list and it was fairly short.  There was Glenfiddich 12, Glenlivet 12, Jim Beam White Label and Jack Daniel's Old No. 7.  The cafe is known for great nachos and appetizers.  Not whiskies.  I was ok with that.

"I'll have Jack Daniel's and a glass of water."  I like to sip water in between pulls of ol' Jack.

"Do you want that with ice?" she asked.

My fair waitress took all of my friends orders and disappeared only to reappear with another waitress who said, "You wanted ice right?"  Maybe the first waitress was new or it was her first night working.  Big sista had to clear up the mystery of my order.

I could tell from the quizzical gaze from big sista waitress that using terms like 'neat' was creating confusion.

"No ice, just a shot in a glass and a second glass of water would be great."  I spoke slowly like I was asking for a phone number from an automated telephone directory assistance.  My voice had all the charm of Shimon Peres as I wanted to make sure I was understood.

Evidently,the two waitresses were not accustomed to neat Tennessee whiskey drinkers.  Anyhow, ol' No. 7 was a great compliment to a night of nachos, calimari and light conversation.  A lot of people, who are not familiar with this American whiskey, assume that it is a very strong drink that has a kick comparable to a roundhouse kick from Bruce Lee in his prime.  Not so.  Old No. 7 is a gentle giant that is quite smooth and pleasing for easy-going conversation on a summer's night.

However . . . No. 7's older brother . . . Single Barrel Select is another matter.  As the name implies, this Tennessee whiskey is not blended but rather drawn from individual barrels selected based on tastings by experts at the distillery.  Due to the fact that there is no blending, one can expect a considerably more robust flavor profile.  Single Barrel lives up to that expectation.  It is very powerful and I can say with absolute certainty that this is not recommended for the newcomer to American whiskey.  Don't start here!  Why?  It's simply too strong.  Let's move on to my tasting note and then we can return to this point. 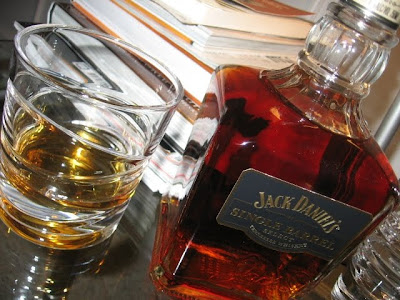 Palate (undiluted)
When I first opened the bottle and poured a drink, I found the whiskey to be very 'hot' and quite frankly 'burning' on the throat.  Two weeks later, the whiskey had become more rounded and lost most of the hot, sharp burn, but not entirely.  The softening of flavors was no doubt a result of exposure to a modest amount of air in the bottle, and that is a good thing.

Back to the taste:  Not as sweet as Old No. 7, although there is still a sweetness initially detected.  Flavors of spiced rye make an appearance, arm in arm with vanilla, barbecued ribs and oak.

Add Ice?
Adding ice makes this more palatable than served neat, but there is still that nasty burn.  Ever so faint as the ice melts, but it is present in the base of the throat.  Ice doesn't improve this drink.  The fact that ice cannot take away that burn suggests to me that it is simply too strong to drink.  It is not a mainstream American whiskey.  Maybe this spirit would work well as an ingredient in a cocktail of some kind?  I can imagine that, but until I actually try such a whiskey based cocktail, I am doing little more than speculating.

General Impressions
This is strong stuff.  You really want to take little sips.  Tastes, feels and intoxicates the way you expect Tennessee whiskey can.  It's packs a real wallop.  It leaves a lingering ash flavor in the back of the throat.  Nothing is flawed, but this is just not my cuppa tea or should I say dram.  This is just too much.  Little sips is not enough to minimize a slight discomfort of a burning sensation.  You have to add water or ice to make this more palatable.

The alcohol per volume is 47% and it can be tasted.  To be a stellar American whiskey I would not want to be thinking I am drinking something that strong.  This is where scotch whisky can shine.  For example, Highland Park 25 years is of comparable alcohol by volume, but as you drink it, you are not aware of such a high alcohol content.  This is due to the genius of the people at Highland Park.  Jack Daniel's fails on this point.  It's semi-smooth but take a little too much and you will quickly find your stomach doing some serious butterfly action.  If you have a weak stomach, pass on this one.

In light of the above, this is a whiskey for the serious drinker and fan of bourbon and/or Tennessee whiskey.  Not for the faint of heart.  Many of my readers are in Australia and New Zealand and they are serious fans of American whiskey.  In general, they will no doubt enjoy this more than my Canadian and UK readers who are casual fans of American whiskey.  If you are a casual fan of bourbon or Tennessee whiskey, I would avoid this one. 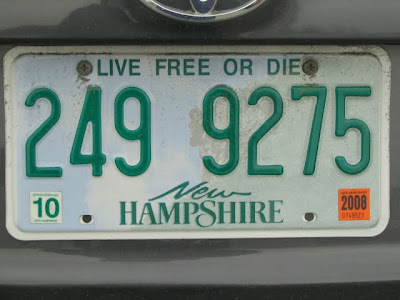 Price Point
Price obviously varies depending on where you live.  I bought this in New Hampshire for $46.00.  Not cheap, especially in a state that is known for low taxes, as well as the motto on vehicle license plates: "Live Free or Die" which probably should be interpreted as "Live Tax Free or Die" given the State's unrivaled attempt to keep taxes to a minimum.  Bottom line:  I find Single Barrel to be too expensive for what you get.  Wild Turkey 101 and Buffalo Trace are about half the price and better in my opinion.

Conclusion
For American whiskey, I am a big fan of Jim Beam Black, an 8 year old bourbon.  Interesting, smooth yet nuanced and affordable American whiskey is what Jim Bean Black is to me.  I also enjoy Knob Creek and Wild Turkey 101.  Basil Hayden's 8 year old Kentucky Straight Bourbon is also a pleasant, gentle tipple that everyone can enjoy due to its considerable smooth quality.  But, Jack Daniel's Single Barrel is just over the top for me.  It is up front very strong and I am fearful of upsetting my stomach.  I am not a fussy or sensitive fan of American whiskey, but this stuff would put the fear of God in me with every tiny, I mean tiny sip.

If you surf the web, you can find many positive reviews of this whiskey.  For example, the BourbonEnthusiast.com has reader reviews that are very positive, but you have to factor in that those readers are all American whiskey aficionados.  You have to ask yourself if you are also a connoisseur of Tennessee whiskey?


Note:  Since this particular bottling of Jack Daniels comes from a single barrel, it is certainly possible that this just happened to be a particularly strong one.  The subject of this review was bottled on November 24, 2009 and came from barrel number 9-4870.  Nevertheless, somebody at Jack Daniels had to taste from this particular barrel before making the decision to bottle.  Maybe other single barrel bottlings (obviously from different barrels) will be softer and more approachable.

Photo Credits:  All photos by Jason Debly, all rights reserved, except for photo of New Hampshire license plate, which belongs to: Amy the Nurse who holds all rights to said photo.