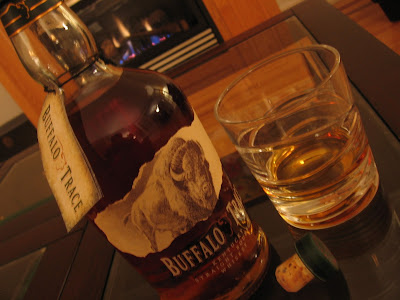 Eureka!
I like great discoveries.  I'm not talking about scientific sleuthing leading to solutions of complex problems (especially mathematical ones).  I am talking about everyday life where I stumble upon greatness in any form.  For me, it usually takes the form of pop culture.  A great book, music or old film. Especially old films.

There is something about films from the 1960’s and early ‘70’s that evoke bitter/sweet nostalgic memories of Dad with big sideburns, Foster Grants and Mom in yellow while Tie a Yellow Ribbon Round the Old Oak Tree plays on the 8-track stereo. The cheesy music, subtitles, wide lapels, bad hair, ya know what I’m talkin’ about. Think also Clint Eastwood spaghetti westerns directed by Sergio Leone:

Moving into the early 1970’s, the incomparable Bruce Lee:

Bruce Lee has been such a discovery for me recently.  Here is one rare interview.  Like his films, there is an innocence, yet wisdom beyond his years. His movies, by anyone else are laughable, but by Bruce, well, you are humbled by his tremendous physical feats and thoughts of what a terrible loss, his life cut so short has been for so many of us.  By the way, check out the first punch he throws in this scene from "Enter the Dragon."  It is so fast, the camera catches a mere blur.  For his films, he was usually filmed at a slower tape speed to better catch his movements.

I have, once in a while, eureka moments in whisky too, and the discovery of Buffalo Trace is one of them . . . 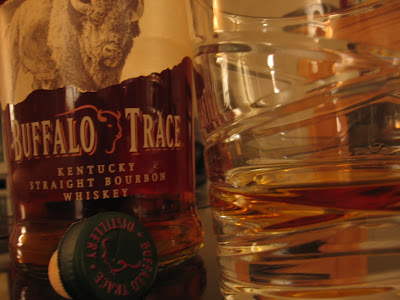 Nose (undiluted)
Rich corn husk, vanilla, maple. Oh, I like this! Such unexpected refinement.  I am really surprised.  At this price point, I did not expect much.  American ingenuity at its best! 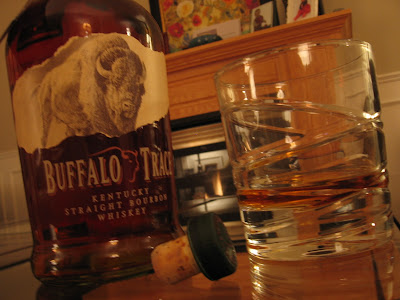 General Impressions
If you like bourbon or Tennessee whisky, you will definitely enjoy Buffalo Trace.  It is rich, rewarding and reasonably refined in spite of its ridiculously affordable price.  I paid around $20.  I would have been happy to pay double that for the quality of this drink. Matter of fact, I paid in excess of $40 for Jack Daniel's Single Barrel Select, and as you know from my review, it is not worth it.  It pales in comparison with Buffalo Trace.

Some reviewers have complained that the finish lacks length, meaning the flavors do not linger long once swallowed.  I disagree.  Length of flavor is fine.  Other reviewers just got it wrong.  Take it from me (heh, heh). 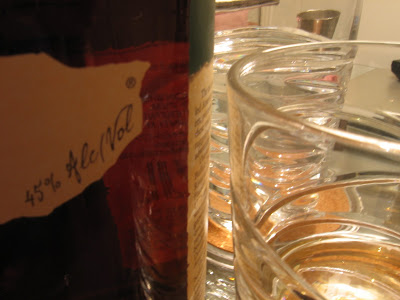 45% Alcohol/volume
The talent of a great whisky blender shines through in his or her ability to produce a whisky that may be high in alcohol volume, yet no raw rubbing alcohol flavor on the palate.  Buffalo Trace meets this significant benchmark of quality in remarkably elegant fashion.  It is made from corn, barley and rye that is aged in charred American oak barrels.  25 to 30 barrels are typically selected by the blender for the final product.

Have no fear, this is not rot gut for rummies.  There is no burn as it goes down. Just a gentle tickle that can be cured by another sip.  It is a comfortable whisky that can be sipped casually while you watch sports, chat with friends, stare out at a field of hay and watch it sway in the breeze.  It is so smooth and approachable that you can easily sip this neat.  No water or ice is needed.

As I said above, if you are a bourbon or Tennessee whisky fan, Buffalo Trace will prove to be a great treat!

Poster owns no copyright to video of "Enter the Dragon" which is posted for the purposes of nostalgia, education and entertainment.
Posted by Jason Debly at 11:48 PM