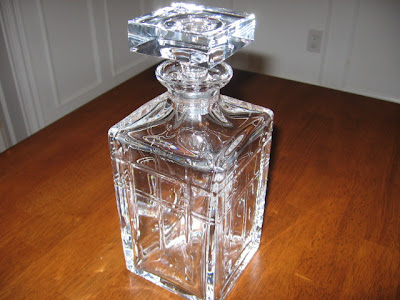 My Mother kindly gave me a crystal whisky decanter that I had been eyeing for a long time.  The occasion was my birthday.  I, ever the whisky nut, thought it would be great to store my finest single malt in, and dispense on special occasions (typically every Friday night!). 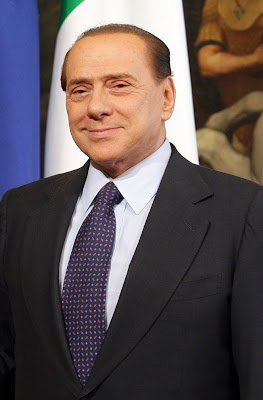 And then I discovered that my whisky decanter shared something in common with a depraved ancient Roman Emperor, no not Silvio Berlusconi, but the other one: Caligula.  You know, that really degenerate creature who tried to make his horse a senator, when he was not having people killed for his amusment.  Example: one day at the games, intermission proved boring as there were no criminals left to feed to the wild animals, so he ordered his guards to toss a section of the crowd into the arena in order to spice things up a bit.

Enough of the history lesson.  So, what does the above noted wicked emperor share in common with my crystal decanter?  Answer:  Lead.

And therein lies the rub.  Lead is a key ingredient of fine crystal like my decanter.  It makes crystal sparkle brilliantly, bends light in a manner that pleases us, and in general, amuse our eyes.  The more lead in the glass, the more brilliant it becomes.

Caligula was described by a number of ancient historians as being insane.  While the first couple of years of his rule were relatively calm and productive with only the occasional needless execution (after all, he was a Roman emperor), it would not last as his mental health began to decline.  Started thinking he was a god (yes, hedge fund founders weren't the first to pull that one!) and building temples (no, not in the Hamptons) in his honor all suggested that poor 'ol Little Boots (a nickname from childhood) was losing his mind.

Recent studies of Roman wine drinking habits have claimed that lead levels in the wine were dangerously high.  The Romans were in the habit of boiling their wine in lead pots.  Alcoholics like Caligula, so the theory goes, were literally suffering from lead poisoning.  This might explain his extreme paranoia, lack of good judgment and basically all of his murderous and perverse foibles.  The History Channel has a great series of programs entitled "Ancients Behaving Badly" (again, no, it is not about Berlusconi and nubile 18 year old ladies) and one episode is devoted to Caligula.  On that particular segment, the lead poisoning theory is explored quite convincingly. 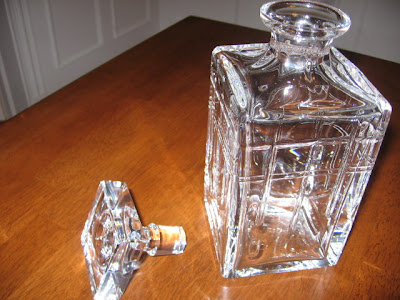 The point I am trying to make is that my lead crystal decanter imparts lead into the whisky stored in it.  Just like the Roman lead pots and other vessels that poisoned Caligula.  Don't believe me?  Check out what the United States Library of Medicine had to say about the use of crystal decanters in a lovely little article entitled: "Potential Lead Exposures from Lead Crystal Decanters" (click here).  Or how about the Canadian government's take on the situation in an aptly titled article: "Lead Crystalware and Your Health" (click here).

Too lazy to read the article and want me to sum it up in a couple of choice sound bites.  Ok, I can do . . .

Wine, whisky, water, basically any liquid will become contaminated with lead at detectable levels following as little as 24 hours in a crystal decanter.  The longer your choice spirit or wine is stored in the decanter, the higher the unhealthy lead reading will be.  Old crystal can have higher lead concentration (ie. 32%) whereas new crystal is now no greater than 24%.  The manufacturers have voluntarily limited lead content to 24%.  Still an unsafe level if you intend to store your choice drink in a decanter for a long period of time.

So, what can I do?  Based on what I have read, I apparently should fill my decanter just before guests arrive, serve it, and empty my decanter back into the original bottle after they leave.  The articles I read stated whisky in crystal glasses or decanters for a couple of hours during a meal or social event was within safe limits. 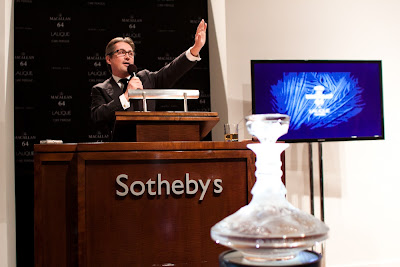 I guess I am not so envious now of the super rich lad who paid $460,000 US for a 64 year old Macallan single malt in a Lalique crystal decanter! (click here)  While he may have over paid for the whisky, his spendthrift ways are to be applauded, as it was for charity.