A View to a Kill!
Murder most foul!  As you stare down into your bag of barbecue chips, you commit murder!  Murder?  Yeah!  You kill your palate!  Just forget about drinking scotch later in the evening after you wolf down your artificially flavored potatoe chips.  Barbecue flavor is the worst.  Salt and vinegar is a close second.  Sip scotch an hour later and it will burn on the palate.  Don't blame the whisky!  Blame yourself.  The whisky that a malt master or bourbon genius spent years blending, aging and choosing the correct wood for casks is thrown away by you when you recklessly wolf down your bag of chips, and think: "Hmm, I think I'll have a dram."  You take a swig, cringe and turn to your buddies:  "This tastes like crap!" 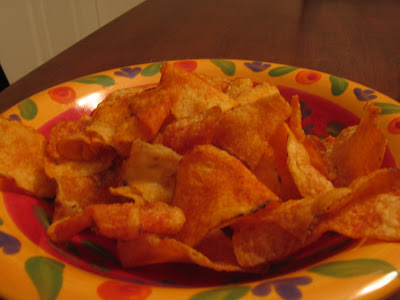 Email from a reader . . .
I received an email last week from a guy who was having his friends over and he told me what he planned to serve at his scotch tasting:  barbecue potato chips, maybe some nachos with guacamole and smoked hickory flavored almonds.  "Anything else you wanna suggest Jason?"  I'm thinking to myself, "What am I reading?  Munchies to be served at a screening of the Deliverance (1972)?  What's wrong with you?"  Then my mind goes through a two minute cursing session, that I will spare you, (mainly because my Mother reads this site) before I regain my senses and say to myself:  "Do the right thing and email back and politely give some suggestions of how to avert disaster." 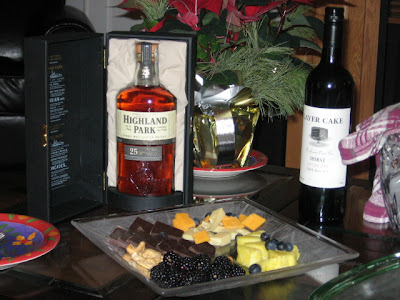 At Christmas time, I held a very small scotch tasting at my house.  My food pairings were in line with the whisky that was served.  Highland Park 25 years was the showcase.  After a serving or two neat, I introduced the dark chocolate.  Take a sip, and then a bite of dark chocolate.  A little bit of heaven just for you!
﻿
﻿Speysider?  Highland Malt?  Think:  Dark Chocolate
Dark chocolate can accentuate and make the taste of some single malts bloom into a wondrous experience.  In particular, I would not hesitate to pair it with Oban 14, The Glenlivet 18, Jameson 12, Clynelish 14 and many others.  However, there is one caveat!  No Islays!  Islay scotch and dark chocolate do not work.  Keep the dark chocolate for Highland and Speyside malts.  Sherried?  No problem.  Honeyed?  Sure, pull the trigger!  But, as you probably know, there are Speysiders and Highlanders that are peated and smokey.  Ardmore, Old Pulteney, Tamdhu.  What about them?  Again, avoid dark chocolate and you avert disaster. 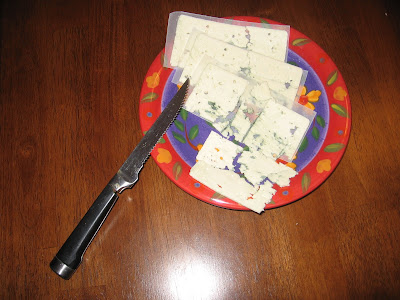 Islay?  Think Danish Blue Cheese
Got some Bowmore 12?  Talisker from the Isle of Skye?  Danish blue cheese is the answer!  But, don't go cheap.  Get the good stuff!  Look for "creamy" on the package and the leaders of Danish blue in the market place.  I buy a leading brand that comes thinly sliced on wax paper.  Just divine.  Take a sip of Bowmore, Laphroaig, Ardbeg and chase it with a bite of Danish blue, all I can say is wow!

Danish blue too strong for you?  Okay, try gorgonzola, an Italian blue cheese that is slightly milder.  Don't like gorgonzola, ok, try English Stilton cheese.  Still too much, go for a very old cheddar.  Islays and old cheddar (ideally veined with blue cheese) make for a very good food marriage.

Thanks for dropping by!

Copyright © Jason Debly, 2009-2011. All rights reserved. Any and all use is prohibited without permission.
Posted by Jason Debly at 12:57 AM