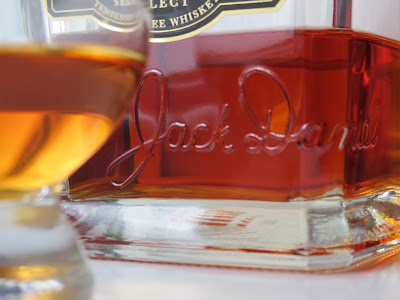 The Single Barrel Whiskey Trend
Lately, a lot of American whisky producers have been trumpeting their respective "single barrel" editions.  These releases are marketed as premium whiskies at premium prices, of course.

The vast majority of American whisky (whether it be bourbon, Tennessee or otherwise) is basically a blend (that takes place after aging) of many barrels (of varying ages, barrel char, grain spirits, etc)  to achieve a signature taste (in accordance with the distillery's recipe).  Hence, the general flavor consistency from year to year with the likes of Jack Daniel's Old No. 7 or say one of my favorites: Jim Beam Black.

Single barrel whisky is simply a bottling based upon well, you guessed it, a single barrel.  Is it better?  I am not so sure.  It can be more expensive for the producer and so the steeper price is not a surprise.  But, again, is it worth it?  Recently, I chose two American single barrel whiskies with a view to examining this critical question. 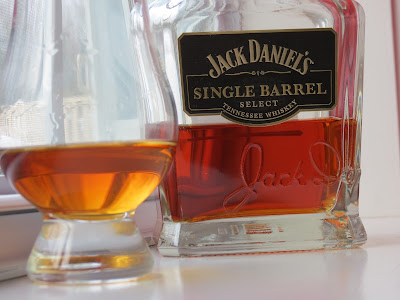 Jack Daniel's Single Barrel Select Tennessee Whiskey
I have reviewed this whisky in the past (click here) and found it too strong for my liking.  But, that review only pertained to that particular barrel (number 9-4870) bottled on November 24th, 2009.

Well, the particular bottling before me now was bottled June 6th, 2011 from barrel number 11-2796 and it is quite different.

By different, I want to make clear that this particular JD release tastes distinctly within the house style of Jack Daniel's, but altered in terms of emphasis.  Anyhow, let's move to the tasting note of the 2011 bottling. 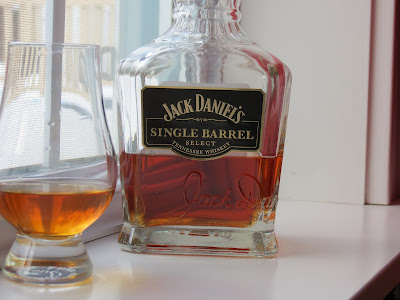 General Impressions
This is a very powerful whisky.  Certainly not to be trifled with at 47% ABV.  I like this more than the last bottle I had that was the subject of an earlier review.  But, the question remains, do I like it at the elevated price point?

Not really.  I can appreciate that this is fine Tennessee whisky, and it is refined, with nothing offensive, but it just does not satisfy my value for money test.  Why?  A bit too big for my liking without the complexity that should be there for the price.  Matter of fact, I often prefer it with an ice cube.  Let it melt for a minute and then sip.  I just like the chill the ice brings.  Tones it down more to my tastes (of course when you add ice, you throw away any chance of tasting complexity of flavors).  Sometimes it is more enjoyable neat, but it really depends on my mood.  I find adding water doesn't work here.  Ice is a must if you are not in the mood for this big dog neat.  At the same time, I can appreciate the bold flavors would serve as a great foundation for certain cocktails like Manhattans. 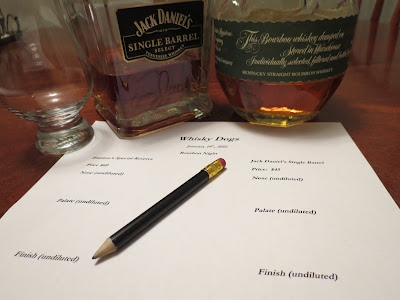 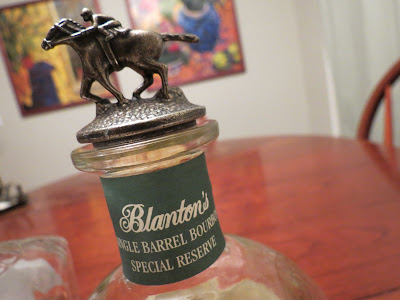 Blanton's Single Barrel Bourbon Special Reserve 40% ABV (dumped on May 28th, 2012 from Barrel 349 of warehouse 'H' on Rick no. 55)
This particular release is currently not available in the continental US, but rather only in the duty free market at airports and in export markets like Canada.

This bourbon is bottled at 40% which should give you a clue that it is a lot gentler than the Jack Daniels, and other Blanton's releases for that matter.

While it is a "single barrel" release, I am not so sure it was literally poured from the barrel.  I strongly suspect that this is not bottled at barrel strength (equivalent to cask strength in single malt parlance), but rather diluted to 40% ABV.  I mean, what are the odds they factored in the angel's share, aging to optimum taste to bring it out at 40% ABV.  If they had to add water, is it fair to call it "single barrel?"  At least with regards to this Blanton's edition, it may be a mistake to equate single barrel bottling with barrel strength bottling. 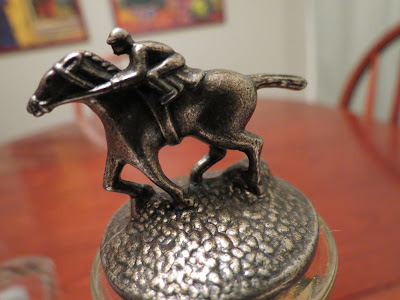 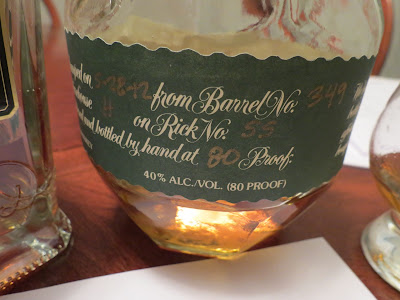 General Impressions
Blanton's is the winner for me.  It is softer, easier to understand and due to its herbaceous nature, more complex.  If you like Canadian whisky, light single malt Scotches, this one is for you.

I do like big ballsy whiskies, but I find Jack Daniel's lacks the complexity and balance that I seek in such a style of whiskey.  Again, this is not to say it is a poor or disappointing whiskey.  No, that is not the case.  It is simply different and does not accord with my tastes like the Blanton's does.

While I enjoy the taste of Blanton's over the Jack Daniel's, the former has an even higher price point that also fails the value for money test I have in my mind.  I paid $60 for the Blanton's and there are a lot finer bourbons for that price or a little more.  Just think Old Rip Van Winkle 10 year old bourbon.  Far more complex, refined, sophisticated, pleasing and all round more interesting than the above two suggestions.  Hell, Maker's Mark is better.

One final thought.  Whether a bourbon or a Tennessee whiskey is single barrel or not is not necessarily indicative of quality.  Just suggests a production manner that is supposed to be more personal where the distillery blender (or a panel of fellas at the distillery weigh in too) personally chooses barrels for release.

Single barrel whisky by its nature varies considerably from barrel to barrel.  Exploring this type of whisky requires some guts and money.  You may discover a gem or realize you over paid by 30% or so.  I really think single barrel products are for the bourbon and Tennessee whisky aficionados, rather than the dabblers and fair-weather friends of American whisky, like me, whose chief concern is a good, solid drink at a reasonable price.

Copyright © Jason Debly, 2009-2013. All rights reserved. Any and all use is prohibited without permission.
Posted by Jason Debly at 1:08 AM