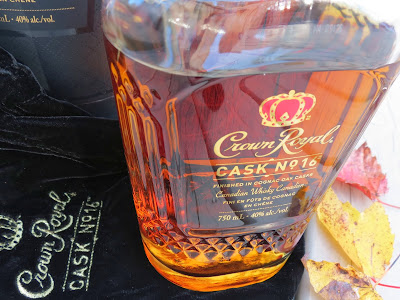 The most famous and best selling of all Canadian whiskies is, without a doubt, Crown Royal.  A brand that has been around for a long time.  It was created by Canadian entrepreneur Samuel Bronfman, who was in his day, kinda the equivalent of Donald Trump.  Astute businessman, shameless promoter, who could be generous, kind, philanthropic, nasty and ruthless.  A real piece of work.

One of the ways he left his mark in this world was through his obsession with developing a great whisky, and the result was Crown Royal.  Mr. Sam, as he was known, introduced Crown Royal to mark the state visit to Canada of King George VI and Queen Elizabeth in 1939 (In my You Tube video review I incorrectly said the state visit by the King and Queen took place in the mid-1950's).  Clearly, Mr. Sam was a master of marketing, light years ahead of his time.


"Bronfman was wealthy and well connected by that time and managed to have the whisky placed aboard the trains carrying the royal couple across Canada.  It was billed as whisky fit for royalty, but there is no evidence that either of them ever tasted it.  Still, it was an instant success with Canadians."

Bronfman continued to play up the tenuous connection to royalty by selling Crown Royal in dark blue/purple faux velvet bags.  What a card!

Brand Variations
While Crown Royal was introduced in 1939, it would be a long time before extensions of the brand would appear in the marketplace.  But, when they did, the sales were impressive, which meant more brand variations.

Crown Royal Reserve appeared in 1992.  Basically it was Crown Royal with a few older whiskies and additional rye in the mash bill for added spice.  Nice.  In 2008, the Special Reserve was re-launched as Reserve.  Other than changing the label, it was the same whisky.  Pretty poor marketing strategy.  They should have taken a page out of Mr. Sam's playbook and linked the launch with a newsworthy event in 2008.  Maybe the election of President Obama?  Or maybe the worst film sequel of 2008: Saw 5

In 2006, Crown Royal XR (extra rare) appeared on the market.  A very expensive release that continues to be bottled to this day. Good hooch, but too rich for my pocket book.

2010 brought us, Crown Royal Black and well, I don't like it.  Tastes like rum.  I like rum, but not when I buy a bottle labeled Canadian whisky.  For those occasions, I want to taste Canadian whisky.  In any event, I reviewed it here.  I was not kind.

2012 saw the release of Crown Royal Maple.  I have not tried it.  It is Crown Royal finished in maple toasted oak.  I understand sales have been very strong, much like the success of Crown Royal Black.  But remember, just as age statements are not a guarantee of quality, neither is robust sales growth. 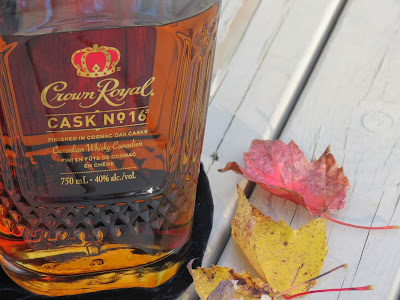 The Main Event
Crown Royal Cask No. 16 came to market in 2007.  This whisky is basically standard Crown Royal that has been finished for a period of time in oak Cognac casks.  The number "16" refers to the forest region or district of Limousin, France, from which the oak is harvested for the barrels.  I think that is the back story, but if I am wrong, please advise in the comments section.

And now for the bad news . . .
Crown Royal Cask No. 16 has been discontinued.  Production ceased in 2013.  Accordingly, once it is gone, it's gone forever.  Presently, Cask No. 16 still appears on shelves in Canada and the US, and retailers in the US are cutting the price on this great whisky.  I have seen it advertised for $52 a bottle.  A great price.

In Canada, it normally retails between $80 and $100, which is quite expensive for Canadian whisky.  Nevertheless, I paid those prices and I am not disappointed nor feel cheated.  So, if you can get it for less, you are doing well.

Why was it discontinued?  Diageo and I are not on speaking terms.  I send them emails.  They ignore them.  So, I am left to my own devices, which means talking to others in the spirits industry for their theories.  One knowledgeable source speculates that the demise of Cask No. 16 was not due to poor sales, but rather the spectacular sales growth of Crown Royal Black and Maple.  Someone in the company decided to take the resources devoted to Cask No. 16, and devote it to the growth areas of the product line.  Another theory is that the sourcing of the cognac casks might have become problematic in the future.  Who knows?  All I know is that this whisky will be gone forever, except for the bottles I manage to scoop up now.