I'm currently working on a men's magazine in Ontario that is distributed through two independent men's fashion boutiques. I'm looking to buy temporary second rights for previously published reviews on European whiskeys. Would you be willing to chat with me about this? I can call you tomorrow. What would be the best time and number for me to reach out to you. Let me know.

I receive a lot of unsolicited email.  Most of it is from:  (1) readers;  (2) Nigerian bankers who want to pay me $1 million if I give my banking info;  (3) male enhancement pill vendors, and; (4) some really odd stuff that I am not sure if the person is serious or not.  The above fell into that last category.

When I first breezed through the email, I was not reading it too closely, and all I could think of was someone wanted me to contribute to a men's magazine, which immediately conjured up images of Swank, Oui and Mayfair magazine covers.  I instantly thought no way! and how much? pretty much simultaneously.  Re-reading it a second time, it dawned on me that this person may be serious.  So, I googled her name (I have omitted her surname to avoid a lawsuit) and found out she was an editor of a women's fashion magazine, as well as a regular contributor to another that seemed to deal with makeup and the plight of the single woman in the dating world.  In a word, she appeared legit, so I gave her a number and a time, and didn't she call right on the button.  What follows is some of our conversation . . .

"Jason, I am looking for positive reviews," she cheerfully intoned.  I felt sunlight pouring out of my telephone receiver.

"What do you mean positive?"  I responded defensively, doing my best to fend off the kaleidoscope of happiness coming from her bright dandelion and butterfly voice.

"Well, your Lauder's blended Scotch review references some 'Dow Chemical action' in the tasting note and you follow it up with a very poorly written haiku that you say is as poorly written as the whisky tastes.  That's kinda negative," Lisa demurred.  "You ever listen to The Doors?"

"Okay!  I am looking for the Soft Parade.  Remember that album?" 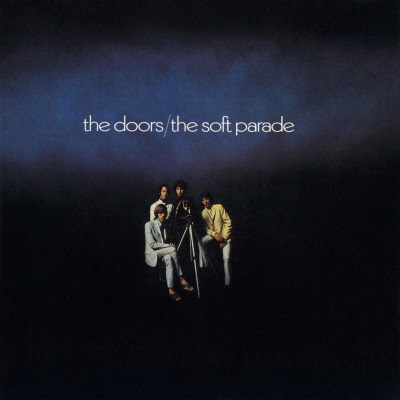 "You can't be serious!  That was a terrible album with the brass and string instrument arrangements.  You want soft, but that is flaccid . . . well at least till Jim got to Miami."

"Jason, readers like writing that is uplifting," she said with more cereal sweetness than a bowl of Lucky Charms could ever deliver.

"Well, I prefer the album Absolutely Live.  I am thinking When the Music's Over.  Jim begins that song with some sort of primal scream or groan.  That's kinda how I think of my reviews."

"Just send me some reviews that are uplifting and soft."

"Just send me some reviews like the Balvenie Doublewood one where you quote a Thomas Hardy poem."

WTF?  Is that the scent of lilacs coming up through the phone?  Who is this super upbeat, cloud nine chick?  I am not talking to a freelance editor trying to pull together content for a men's clothing store magazine, but rather Mother Earth herself.

So, I sent her stuff, and she told me she had the right to edit anything I submitted, and between her clear blue sky voice and my overall desire to be a nice guy, for once, I agreed. 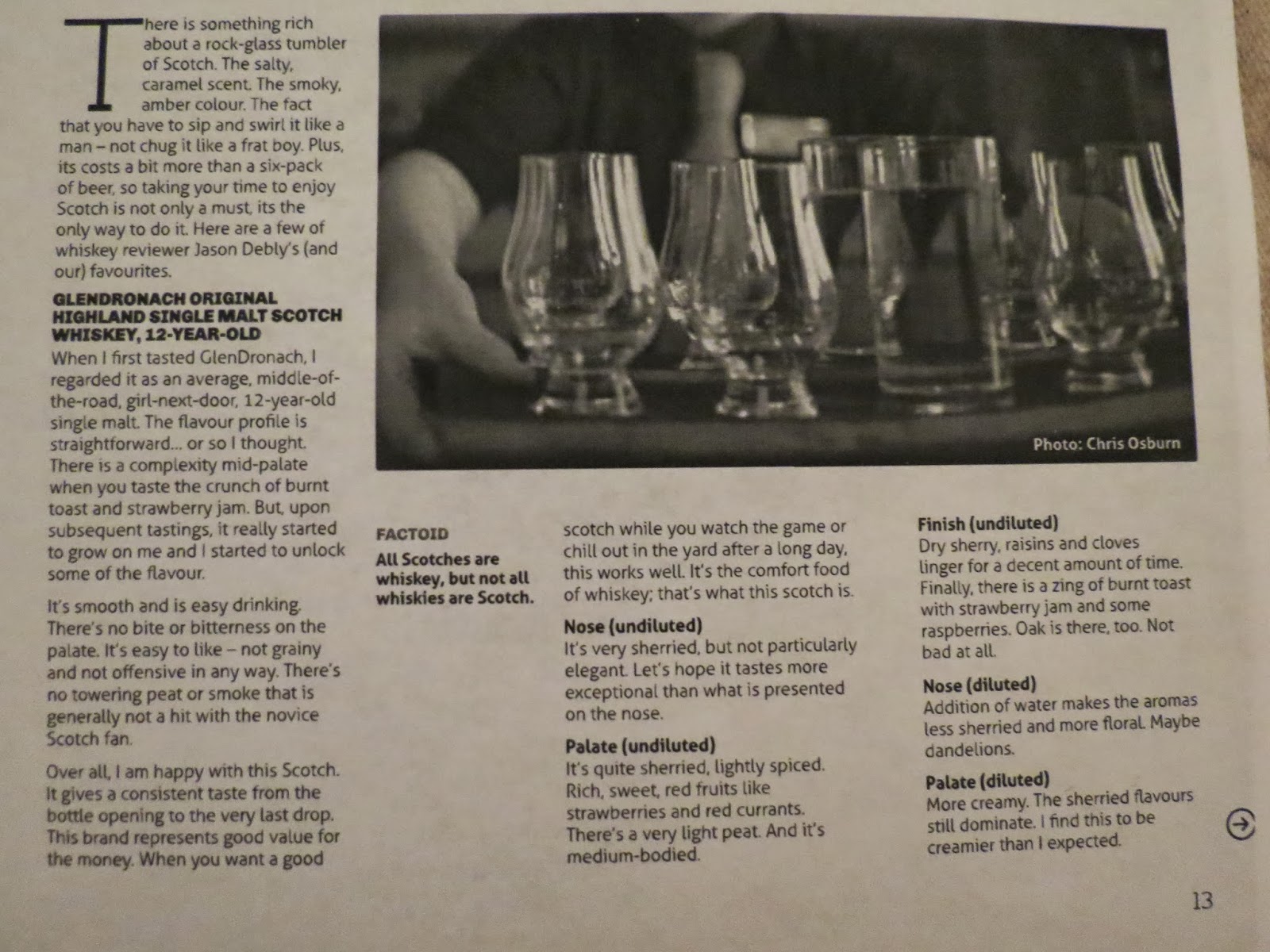 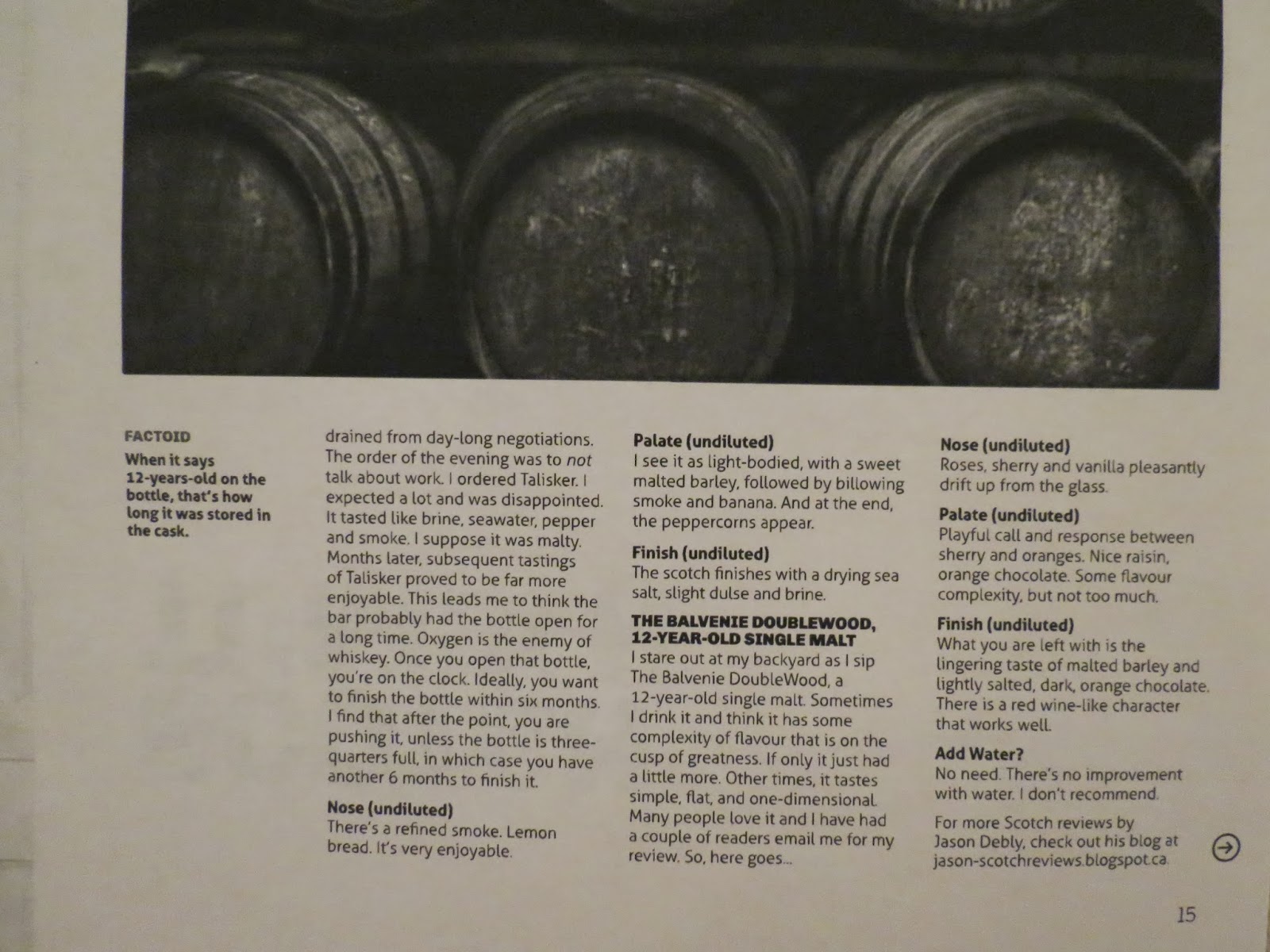 Reading my heavily edited reviews, I knew what a dog felt like after a 'family planning' session with the veterinarian or what it felt like to be the sole guy in an Ellen DeGeneres TV studio audience.  But, I thought, I do have a tendency to wantonly distribute my seeds of negativity in whisky reviews and in my outlook on life in general.  So, I thought I would challenge myself to think of a single malt Scotch whisky that I could truly describe in purely positive, teddy bear terms.  A whisky that is all rainbows, unicorns and hammered dulcimers (which I want you to listen to as you read the following review!).  And the one that comes to mind is Glenmorangie "Nectar D'Or" 12 years. 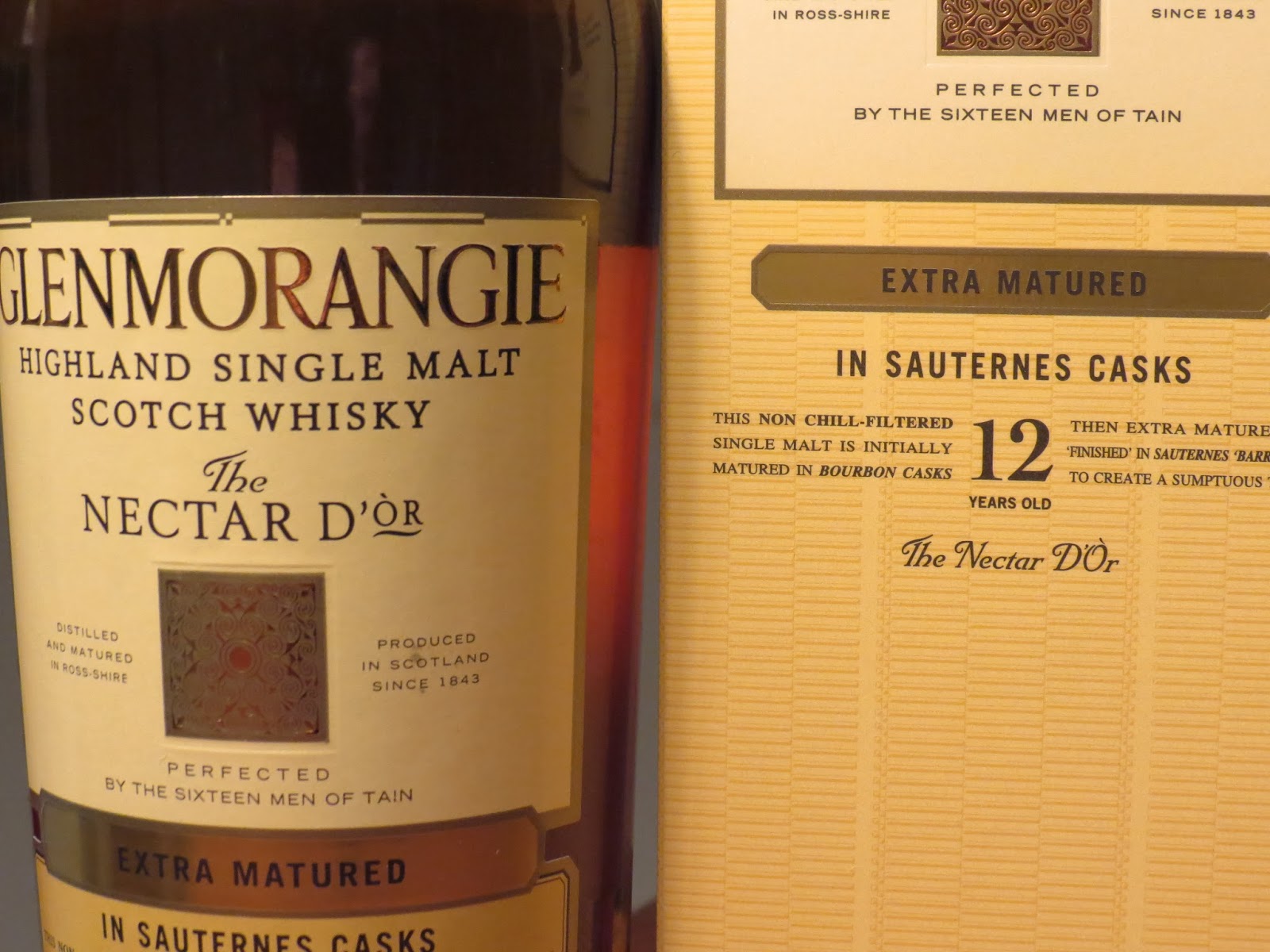 Hydrate?
Nectar D'Or is bottled at 46% ABV, but it sure does not taste like it.  Served neat, it is deceptively smooth, silky with some effervescence and flavor complexity mid-palate and on the finish.  Really amazing how smooth this high proof dram is.  However, adding water, a few drops to start, can really bring out different characteristics that are not present when enjoyed neat.  Water accentuates creamy, vanilla and oak notes, and certainly softens the overall profile.  Very little water is needed though.  It is very easy to add too much and overly dilute this malt.  You will have to experiment.  For me, I really like it neat.

General Impressions
Glenmorangie Nectar D'Or is a luxuriant single malt exhibiting the quintessential sweetness of honey, light maple syrup with lemon meringue, exotic spices and ingredients like  pistachio and phyllo dough found in baklava.  Matter of fact, the perfect food pairing for this single malt is baklava.  But, get the good stuff.  Go to a Syrian or Lebanese bakery that makes it fresh.  Take a bite of this sweet pastry and chase with this single malt that is a dessert whisky, if there ever was one. 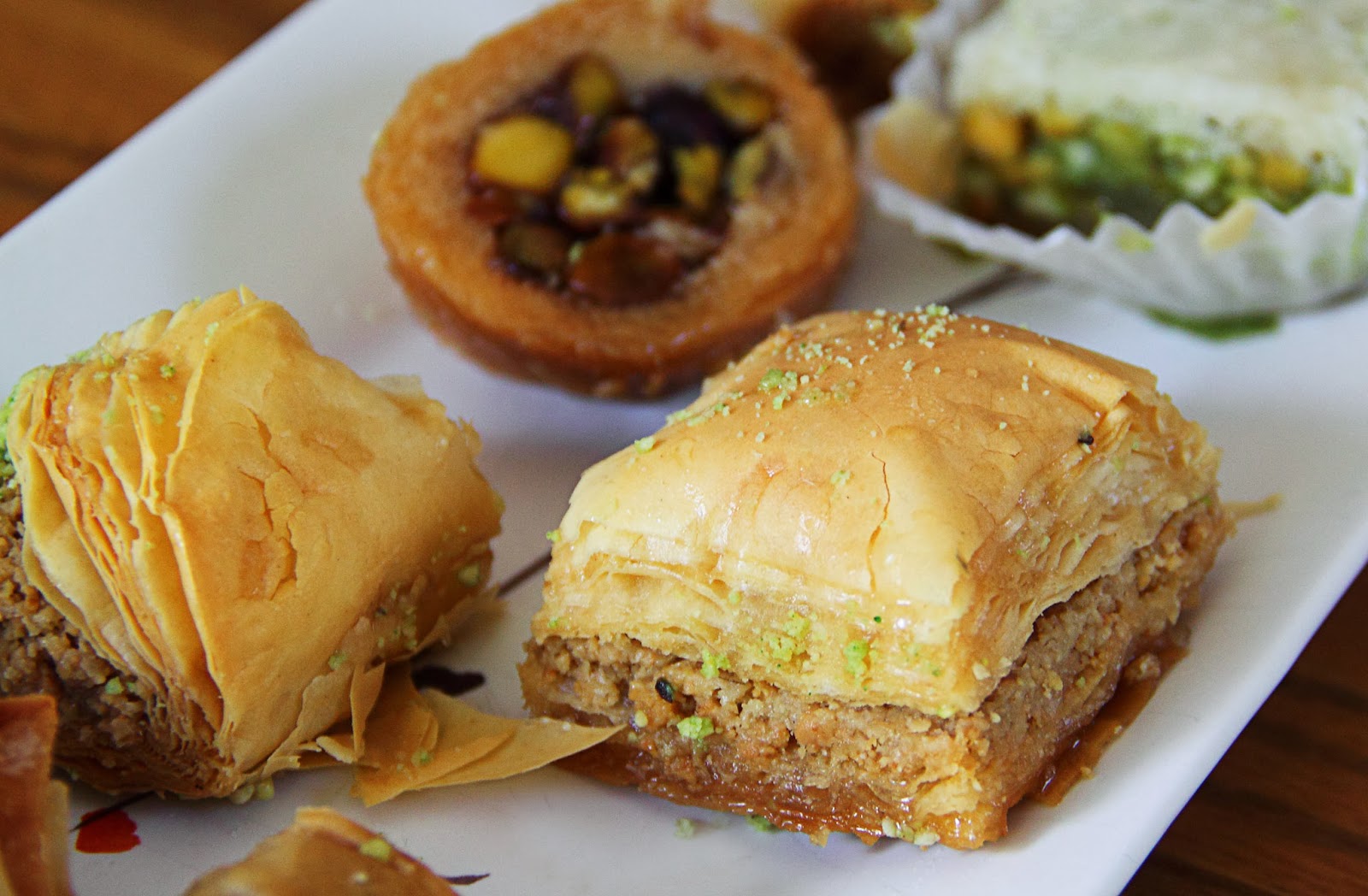 The back story of this single malt is that it spent 10 years in ex-bourbon casks before being transferred to Sauternes casks (casks that formerly held a deliciously sweet French white wine from Bordeaux).  The result is a whisky that is light to start with and given a sweetness that is quite unique.  The sweetness is remarkably balanced by some dry qualities upon the palate.

This single malt is all rainbows, unicorns, cotton candy and sunshine that would even cause a scowling Jim Morrison to lose his signature sullen look and grant us an uncharacteristic smile! 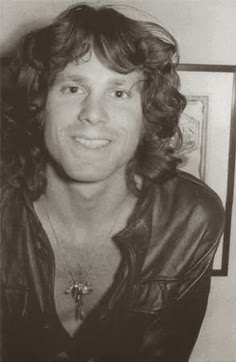 So, if you want to light my fire, yours or someone else's, pour a dram of Glenmorangie Nectar D'Or.