"The best scene in Bullitt isn't the car chase scene," Keith advised as he puffed his Bolivar.

We are in Odell Park, quietly breaking the law among the stately elm trees, duck pond over yonder, and cooing Mourning Doves.  The local politicos had recently passed anti-smoking legislation that even applied to public spaces like park benches.  I mean, what has the world come to when two middle aged guys, let alone somebody's grandfather, can't smoke a cigar in the afternoon sunshine on a park bench without risking a fine?  Ah, the limousine liberals have truly taken over.

I was taken aback by Keith's assertion.  The riveting car chase scene between the dueling '68 Ford Mustang GT fastback and the '68 Dodge Charger R/T was what I considered to be the best scene in the film, and probably the greatest car chase scene of all time (McQueen did his own driving too, no stunt drivers needed).

"The genius of Steve McQueen was that he didn't waste dialogue.  He could convey displeasure with an iceberg stare or a few stark words."  My friend tapped his Cuban and contentedly watched some kids, on the other side of the duck pond, playing on the swings while their moms stared at their hands, which cradled their other precious extension of their being: a smartphone.

I thought about this.  Unlike McQueen, too many actors, then and now, overuse dialogue to try and convey feeling and tell a story.  I mean some thespians just don't shut up.  Benedict Cumberbatch, James Woods, Ed Norton and Robert Downey Jr. gotta cram into every scene as much witty/cute/pseudo-intellectual banter as possible.  Granted, screenwriters are a huge part of the problem, but actors could demand a leaner script.  They could push back if everyone was not so damn polite.

Keith elaborates on this motif:  "About 35 minutes into Bullitt, McQueen's character, Frank Bullitt (a San Francisco police lieutenant) and Robert Vaughn's character Walter Chambers (a sleazy politician/lawyer) are talking in a hospital.  Chambers is corrupt.  Bullitt is not and doesn't yield to the sludge Chambers represents with a simple parting shot:

You work your side of the street and I'll work mine."

"Le Mans," I said nodding approvingly.  Clouds, like cotton batting carelessly strewn by the Almighty, had moved in and threatened to interfere with my sunny afternoon.

"Exactly!" exclaimed Keith.  His choice of camo cargo shorts and novelty print t-shirt no longer seemed appropriate with the wind picking up and the sun obscured by drifting cumulus.  I was in a crumpled nazy pinstripe suit and a white button-down with a slackened rep tie.  I went to lunch with Keith and never went back to work, like a stockbroker learning of a market crash over noon hour, who decides to duck the inevitable wave of angry client calls.

My Ramon Allones had an immaculate ash with a perfect draw.  Staring at the swirling smoke it emitted made me more contemplative.  I added, "There is a scene where a horde of reporters question a woman, who lost her husband in a night time crash during the 24 hour race of Le Mans the year before.  She, Lisa, is confused and troubled and the reporters continue to try to interrogate her while photographers snap away at her vulnerability.  McQueen's character, Michael Delaney, sees this and helps her into a waiting Citroen.  Turning back to face the crush of reporters, one of them asks if the accident he has just been in can be compared to the accident of the year before that killed Lisa's husband.  The question is cruel, uncalled-for, a punch-in-the-gut, but Delaney stares down the journalist and then simply walks away when you were sure he was gonna punch him or at least tell the newspaper cretin off."

I thought about cold stares and how they communicate so much.  In fact, one of the moms was staring our way from across the pond, replete with lilies and a couple mallards.  Keith looked her way and smiled.  Sometimes I think the guy registers somewhere on the Aspergers scale.

"What whisky would be McQueen worthy?" I ask as the ash on my cigar tumbles unceremoniously into my lap.

"It would have to be a whisky that does not need or seek any external validation."

"Kinda like Frank Bullitt or Michael Delaney in Le Mans."

"Can't be a blend.  They are all trying to be somebody's friend."

"Yes, has to be a single malt that is uncompromising, unimpressed and not trendy."

"That rules out Highland Park and definitely those over-the-top show off releases from Bruidladdich and Ardbeg.  Glenmorangies would be too pretty, friendly and a tad foppish with their endearing 'finishes.'  It has to be a malt that just doesn't care about trends.  A resolute malt." 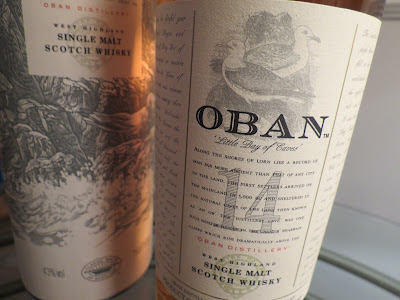 Palate (undiluted)
Smooth, firm, sweet arrival of red grape tannins that make me thing of a very fine and vibrant Merlot or easy Cab.  A warmth spreads through out the body from the first sip.  Rhubarb pie, with a sprinkle of dill, anise and orange chocolate.  There is a mineral note. 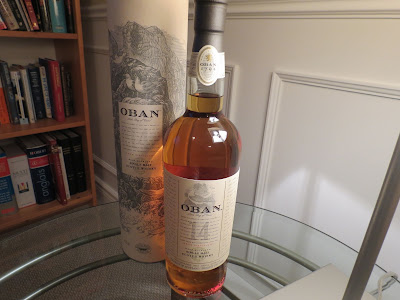 "The minimalism of the flavor profile is easily overlooked as not being complex."

"The complexity is in the the hidden and restrained notes."

"Or rather the complexity is the lack of complexity."

Keith and I were in Zen-like or at the very least a Yoda-like state of bliss, in spite of the fast developing overcast sky.

Our reverie was interrupted by one of the doting moms striding towards us in dark purple Lululemon that was immaculate in form and fit.  Probably never been dampened by sweat, other than that of the child labor used to sew it in the first place.  When she arrived, Keith's smile evaporated.  She looked us up and down, pausing to read Keith's t-shirt: "Let's drink and make bad choices."

"I am reporting both of you for smoking to the park warden's office,"  she fumed, as she pointed her iPhone at us with toned arm extended, like a cop flashing his badge, and started recording.  "Please state your names."

Just then, the clouds parted a little, and the sun shined down upon us, and we replied: 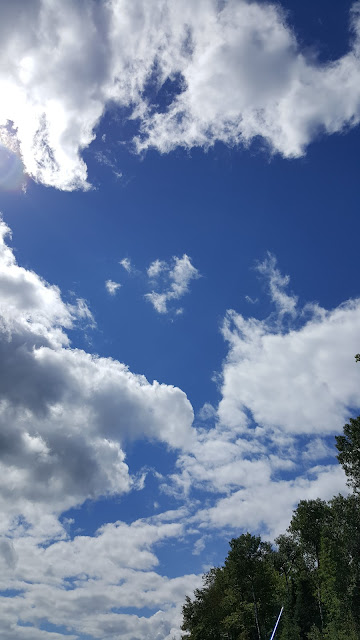