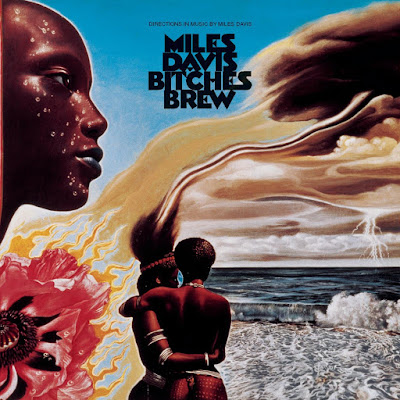 In my college days, I was into the music of Miles Davis.  Albums of his like 'Round About Midnight, Kind of Blue and an obscure soundtrack he recorded for a Louis Malle film, Ascenseur pour l'échafaud served as a soundtrack to my leafy campus life.

It was my habit then and today to go real deep into hobbies and interests, which meant I sought out all of Miles' albums.  One of them I read a lot about was Bitches Brew.  A friend lent me the record (I didn't like CDs then, a purist addicted to the deep timbre of vinyl).  I put it on and sat in my dorm room with a French roast coffee (but no black turtleneck and beret) in front of my four foot high or so Yamaha speakers and prepared to be wowed.

I was . . .  not.  The music sounded like a cacophony of unskilled players all playing out of key to very different melodies and rhythms only known to them.  To my ears, the discordant sounds caused me to turn it off within minutes.  I couldn't handle.  It was auditory chaos. I was more bitter about this listening experience than my coffee. 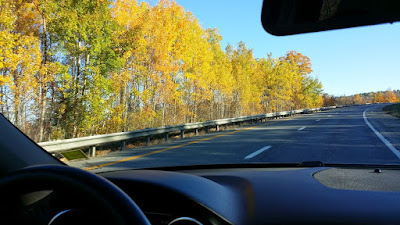 Fast forward 30 years and I am driving to work and decide to give da Bitches another go.  I had basically memorized everything else Davis had done in what I called the classic age,  and was frankly a bit bored.  So, my ears sip on the Brew once more with no expectations.  What the hell?  As I get older, I like stuff that pushes the boundaries more and more.  I mean now I 'get' Andy Kaufman . . . I think.

Anyhow, the record spins again, only now as an iTunes selection off my iPhone in my car via Bluetooth.  I listen.  The music starts quiet and builds into a crescendo of electric piano, electric guitar, basses (two different players), drums, trumpet and sax.  There is a musical motif here, a theme over there, but each musician approaches these soundscapes in his own, unique way.  I am listening and liking the shocking liberties these guys are taking with the conventions of classic jazz I had inhaled since college.  And, then it dawned on me, now I GET IT!  I understand what Davis was doing on BB.  He's bored with the jazz of the past and now throws in discordant sounds hinting at rock and funk music.  There are complex layers of melodies and rhythms that fade in and out, some making a singular appearance while others recur.  The music sounds random, but it's not.  It creates an unnerving atmosphere at certain points, but then becomes soothing at others, kinda like life. 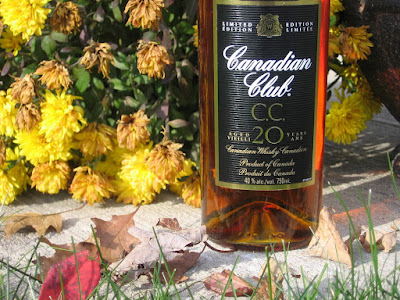 In my old review, I had made the rookie mistake of equating the Canadian whisky category with the single malt Scotch category.

Malted barley exhibited the flavour profile that I seemed to like best.  Something magical about malted barley, when combined with great casks, water and of course age.  Such a combination delivers amazing golden cereal and honeyed toast notes, sprinkled with berries and plum due to sherry and port casks, and depending on the region, other flavors could emerge like the brine of the sea and the smoke of a bonfire. Great single malts seem to soar to heights of flavour or can at the same time be subtle like the patter of warm summer rain.  Expecting these attributes and conventions of spirit, if you will, in Canadian and other whiskies of the world, will only lead to disappointment if Scotch is to be the benchmark of flavor attributes.

Canadian whisky is different.  It offers a more narrow palate featuring rye, corn, wheat and big oak at times.  This not necessarily a flaw, but a fundamental difference when contrasted with Scotch whisky.

Canadian whisky can be light, yet elegant and complex.  The complexity is delivered typically via a backbone of rye, sometimes spicy.  Oakiness is not a flaw in Canadian whisky, whereas in the case of Scotch, too much oak is not as pleasant an experience.  Lots of oak, so long as not becoming bitter, is an acceptable flavor motif of Canadian whisky, as is the spiced rye notes.  In a nutshell, the flavor conventions of Scotch should not be applied to Canadian whisky nor vice versa.  Recognize the 'conventions' of each spirit category and appreciate them within that category.

Palate (undiluted)
Golden wheat, rye and cinnamon unite in a wonderful way.  They are joined by toffee and caramel in a spicy, warm embrace.

Finish (undiluted)
Sweetness is gone with a move to dry toast, creme brulee, sawdust and more rye.  Some black pepper too. General Impressions
Canadian Club 20 years old is an excellent Canadian whisky.  It delights in notes of maple sugar, oak and of course Canadian rye for spice and backbone.

Comparing Canadian Club 20 years to Scotch whisky and then proceeding to criticize it for lacking the flavor attributes of Scotch would be a mistake.

Have a sip of Canadian Club 20 years, and maybe you will GET IT! like how I GOT IT! listening to Bitches Brew.