Buying a bottle of whisky can be a lot like a first date.

You're on your best behaviour.  Smiling, anticipating a good time, taking space out of your weekend to connect.  (You've got your clean crystal tumbler, Glencairn whisky glass or whatever out.  You pour a little, unsure but hopeful.) 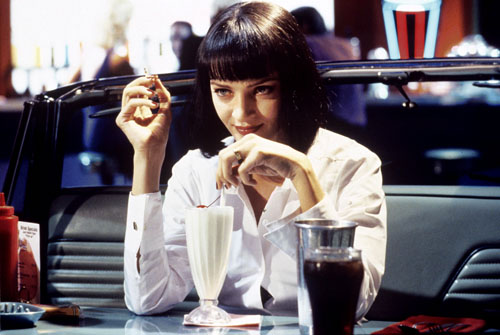 She looks good too.  Maybe even grant you a sly smile, listen intently as you talk.  It's genuine.  You're both connecting.  (You sip and are pleased.)

Maybe a little dancing?  After all, you are really hitting it off. 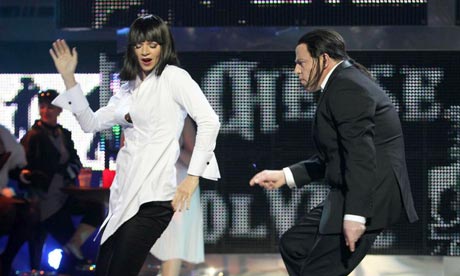 You, of course, look like a total dufus, but hey everyone is having fun and no one is getting hurt. (The whisky tastes great!)

Maybe this can continue to a second date who knows?

Pulp Fiction was a great film released in 1994.  What I thought was probably some of the best acting and directing in cinema was that first date between Uma Thurman's character (Mia Wallace) and the character (Vince Vega) portrayed by John Travolta.  There was fantastic chemistry between the two.  The nervous conversation in the diner, stark and awkward at first, but gradually warming up.  Very tough to pull off a great depiction of romance in film.  It's easier to have action and suspense, but to convincingly portray romance, I think, is a lot more difficult.  Same with whisky. 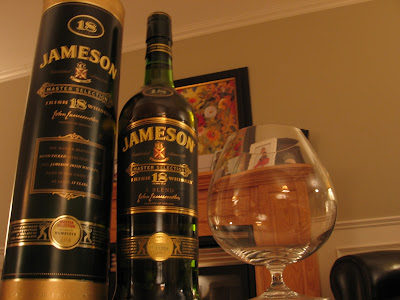 My latest purchase was a bottle of Jameson "Master Selection" 18 year old Irish Whiskey (bottle no. JJ18-7).  The bottle was produced in 2008 and the labeling has since changed.  Jameson now labels their 18 year old offering as 'Limited Reserve.'  A week ago, I opened this bottle and my initial impressions were ones of enchantment.  Below is my original tasting note:

I thought this was pretty good whiskey.  Maybe not the greatest of all time, but a good first date.  I was writing a bit like a highschool kid with a bad case of puppy love.  Here were my general impressions:

"Sherry is an integral part of the flavor profile, but take note, it is not a sherry bomb.  It is a flavor component that holds all other celestial objects in an orbit around it.  As I said in my review of Jameson 12 year old, the distiller could have resorted to making this whisky spicy in order deliver a complex flavor profile.   Again he has not resorted to such a trite shortcut.  Instead, Jameson’s Master Blender has melded flavors together in an uniquely Irish whiskey fashion.  It truly is a blend in the purest sense of the word.  You taste a limited rainbow of lemongrass, green tea, Oloroso sherry, pomegranate and limes.  Very mellow." 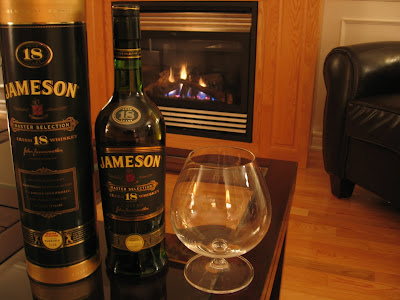 Subsequent dates/tastings have not lived up to that original tasting note or first impressions.  You see things kinda went down hill once that bottle was opened.  Some whiskies never change from the first sip through to the last drop.  Others, once they come in contact with air can change as sharply as a lane change by a student driver.
After repeated tastings, I revised my glowing tasting note to something much less enthusiastic. 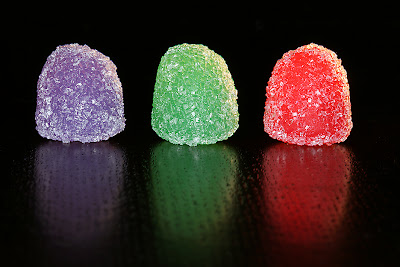 Palate (undiluted)
Silky sweet and rounded, medium bodied.  Sugar, lemon bread that is slightly under cooked.  No clarity of flavors, they are altogether as blended whiskey typically is.  Simple taste.  Kinda like gumdrops dusted with granulated sugar poured into a glass.  By the way, no value for money here.  Jameson 12 is better at half the price.

Finish (undiluted)
Never dries much upon the palate.  Just a little.  Black ground pepper hangs, but not to the point of what one would call spicy.  And then there is a lime, mint, wine gum flavors that treads so close to the edge that it crosses the line into the lane that tastes of alcohol with lemongrass.  What a let down.  The final note is very close to plain alcohol.  The flavor profile flirts with the raw taste of alcohol, coming close then backing up to wine gums.  Just a mediocre finish for a very expensive whiskey.

It's not the worst finish in the history of whisky, that prize would go to Whyte & Mackay or Ballantine's Finest.  Nevertheless, a huge disappointment (for an expensive 18yr old Irish whiskey) along the lines of Mia overdosing on a baggie of Vince Vega's heroin she found in his overcoat.  Not cool, not a cool way at all to conclude a date that, at one point, held so much promise.

Copyright © Jason Debly, 2009-2010. All rights reserved except for images credited to others.
Posted by Jason Debly at 12:50 AM