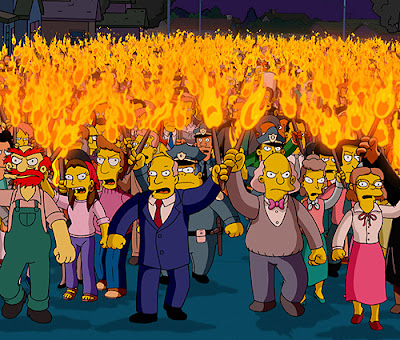 Ever get really angry?  Like really *^%&^T%HJIU!!!!!!!! angry?  Me?   It happens every once in a while, and unfortunately rather recently.  I was so peeved I could have led an angry mob complete with pitchforks, sling shots, torches, carrot peelers,  pointed sticks and other implements of destruction!  Ah, but more about that later.  Let's start at the beginning.

A couple of months ago, I organized a scotch club in my home town, and wrote about it a few posts ago.  Anyhow, we met a few times.  At one meeting, M (he wants to remain anonymous for some reason . . . he seems to think any public affiliation with this blog might harm his career) suggested we try the various releases of the Auchentoshan Distillery in an upcoming meeting. 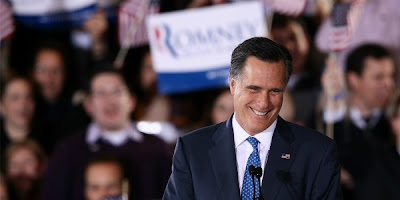 Inwardly, I cringed while outwardly maintaining an unflappable Mitt Romneyesque smile and demeanour.  I was familiar with the horrifically tedious, uninspiring, pine board flat, supremely insipid Auchentoshan 12.    But, I appreciated that I am not the Sun King, and my opinion, well, is just that, one man's opinion in a room with several others in various states of inebriation whose punching reach was a lot greater than mine.  The meeting ended and I was tasked with picking up at the local liquor store: Auchentoshan 12, Three Wood and the 18 year old.

Fast forward to the next meeting.  "Mission accomplished!" I declared as I hoisted out of environmentally unfriendly green plastic shopping bags the aforementioned Auchentoshan progeny. 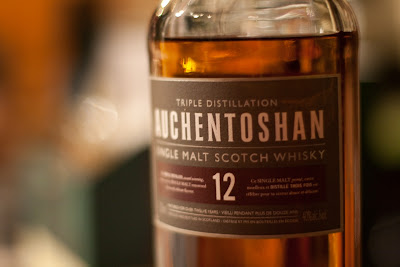 Auchentoshan 12 years
I stared at the bottle of Auchentoshan 12 knowing that it would disappoint, as it had in the past.  But, I thought to myself, if I can just wrestle that gag reflex under control till the Three Wood is opened, maybe, just maybe, I would make a new, pleasant discovery.  And the 18, yes, sweet 18, maybe this distillery could delight yours truly.

Color
I don't normally comment on the color of whisky, but I do this time because the Auchentoshan 12 looks unusually dark given it comes from the Lowland region.  My suspicion is the presence of caramel E150a added by the distillery ostensibly to bring uniformity of color from batch to batch.  The great problem with the addition of E150a is the hard to predict impact on the taste of the scotch.  Too much E150a and you have bitterness coming through the caramel flavor notes.  At other times, E150a may actually improve the taste.  Video whisky reviewer Ralfy discusses this, in part, in his review here.

Some of the whisky club members were picking up little or nothing on the nose.  M scrunched his nose up and quizzically looked at me.  "Don't look at me Einstein.  It was your idea to try this," I thought to myself, but neglected to utter out loud given his boxer's reach.

Palate (undiluted)
Smooth.  I'm talkin' plate glass dude.  Flat like the business side of an iron.  Not a lot goin' on.  So, I hold this on the palate.  It commences with a sweetness that is slightly soapy before becoming malty.  Caramel candies that have been in the vending machine way too long, in violation of all imaginable food safety laws governing confectionery.  In a word: stale like forgotten Halloween candy discovered in July.

Finish (undiluted)
Ginger, green onion, cloves, some smoke, oh alright yeah, there it is: a scintilla of peat.  There is something a little spoilt, bad, flawed on the finish.  A peculiarly subtle bitterness. 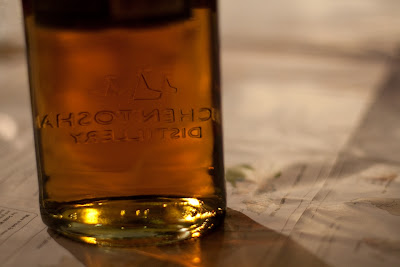 Drinking Auchentoshan 12 confirms my suspicion that triple distillation is best enjoyed in Irish whiskey.  The Auchentoshan distillery trumpets on it's website (click here) that all its spirit undergoes this process:

"What does it mean to be the only Triple Distilled Single Malt in Scotland?  Auchentoshan new spirit is the highest distillate of any single malt distillery in Scotland.  When you taste our new spirit, strong notes of fruit and citrus are revealed because we have distilled away all the impurities in the liquid."  (Emphasis added)

Actually, I think the triple distillation process also distilled away much of the flavor!  That's the risk with that process.  Yes, you make the whisky lighter, but do it too much and you lose the flavors too.  With Auchentoshan 12, I am asking myself:  "Where's the sherry, the peat, anything?"  All I have is a mouthful of lemon/citrus notes mixed with a stale maltiness.  Finished with some ginger/green onion and a grizzly taxi driver's exhale of a Matinee cigarette.

I like light whiskies, but they have to have some character, some flavor.

You may be thinking:

"Jason, you are being overly harsh.  You're just a pompous snob with a severely receding hairline and unaware that a circa 1985 Corey Hart haircut is not attractive."

Ok, cruel world, don't listen to me.  Let's see what Adam of the L.A. Whiskey Society has to say about Auchentoshan 12:

"I get strong barley soup in the nose.  Also some rye.  Interesting.  But the palate . . . it's so plain and watery.  There's a slightly fruity/winey character, and slight spice and hay/grass hints.  More spice creeps into the slight but long finish.  Though I've had some tasty treats from Auchentoshan (Lowlands tend to get some bashing), this is whisky with little to say."

L.A. Whiskey Society's Dave is not much kinder:

"Dark in color makes you think it will be rich and flavorfullll . . . . but not so much.  Pretty weak and I see why they did the 'triple wood' thing to 'fix' what was broken . . . too bad the fix was just a bandaid that didn't actually cover the wound." 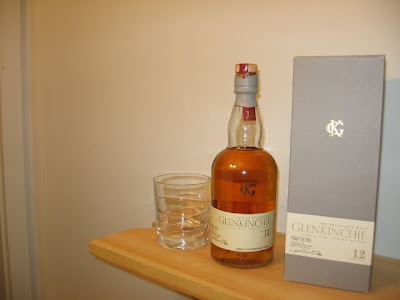 My suggestion is ignore "M"s suggestion and go with mine: Glenfiddich 15.  It's floral, complex, honeyed and delivers a nice light honey fest. 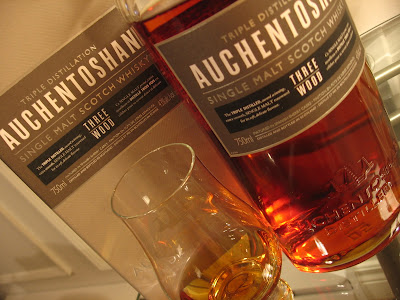 Next up was Auchentoshan Three Wood.  A no-age-statement bottling of the distillery that is priced higher than the 12 year old.  My anticipation is that it's gotta be better, particularly in light of it's rasion d'etre embossed on the back of the container:

"Triple distilled and matured in American bourbon oak; the whisky is finished in Spanish Oloroso and Pedro Ximenez sherry casks."

So, three different types of wood used, you know, plus the price greater than the 12 year old indicates this is gonna be better.  I must say, all of us, were disappointed at the 12 and so had high hopes for the more expensive Three Wood.

Nose (undiluted)
An improvement over the 12. 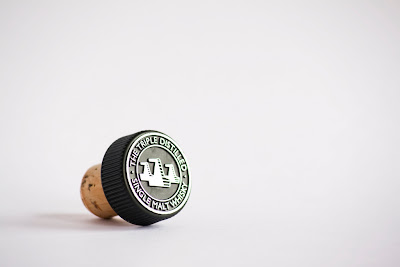 General Impressions
I and the others dejectedly stared at our respective Glencairn glasses.  You could cut the silence with a knife.

Damn!  This stuff is bad.

The 12 year old was a disappointment, but we all had the hope that the Three Wood, being $13 more would improve our spirits!  Not so!  Like I was getting really ticked off at this point.  I had dropped well over $200 for these three bottles and so far, the first two were huge disappointments.  What ran through my mind was what I could have done with that money.  There were so many good whiskies and we just threw it  away on this crap.

What kills me is the finish of the Three Wood.  It just heads right off a cliff.  It's just a vegetal/caramel  bitterness  hugging a mustiness of some serial killer's basement that has no place being a component of a scotch flavor profile.

The Three Wood ranks as one of the worst single malts I have ever had the misfortune of tasting.  I'd drink any blend over this junk scotch.

Again, don't take my word for it.  Andy from the L.A. Whiskey Society summed up the Three Wood as follows:

Nose:  Musty old kitchen drawers (perhaps with old glue inside it).
Palate:  Mustiness with an old wood, feintly with molasses.  Maybe a bit of cough syrup.  The finish grabs the tongue but doesn't taste like much." 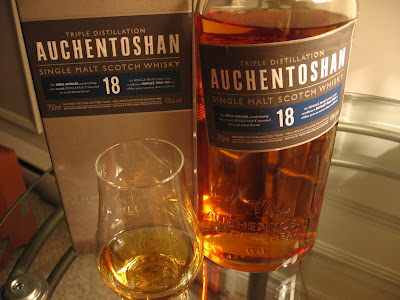 So, here we are.  I pull the Auchentoshan 18 year old out of the carton and am confronted by a slanted, Johnnie Walkeresque label.  It's crooked.  We got a wonky labelled bottle.  Is it gonna be worth something one day?  We'll never know as I open it.

Finish (undiluted)
Woodsy, oak and ginger merge into a gustatory travesty of scotch mediocrity that no one should endure at this price point.  There's more too: dry, balsa wood, pencil shavings and eraser.  And the salt, that ain't Kosher.  Boring.  Snorefest.

The more I drink of this, the more the finish becomes maltier with an emphasis on those aforementioned pencil shavings. 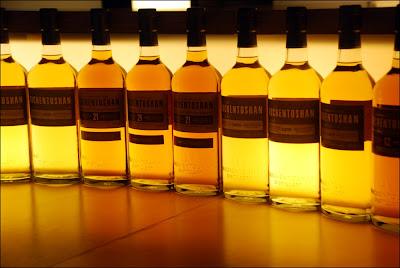 General Impressions
OK, this takes the cake for the biggest snorefest of an 18 year old single malt I have ever tasted.  Matter of fact, I cannot think of an 18 year old single malt that I dislike (other than this one).  I always like the 18 year olds:  Glenlivet, Glenfiddich, Highland Park, Macallan, etc.  But, now there is an exception:  Auchentoshan 18.  No complexity.  Flat liner in terms of flavor profile.  There are blends that offer way more!

Superior alternatives to Auchentoshan 18 that are floral, delicate, complex and honeyed are:  Cragganmore 12 yrs; Glenfiddich 15; Glenfiddich 18; and Glenkinchie Distiller's Edition.  All those suggestions are better and roughly 50% lower in price.  Do the right thing and take a pass on Auchentoshan 18.

Outrageous Price!
What really gets me steamed is the price of this 18 year old single malt:  $122.79

No value for money whatsoever.  I could be a little more tolerant had this bottle been priced at half the sticker.  Where I live, Glenlivet 18 goes for $71.00;  Glenfiddich 18 is $72; Aberlour 18 is $115.00 and several others that I would always choose over this canine Auchentoshan bow-wow! 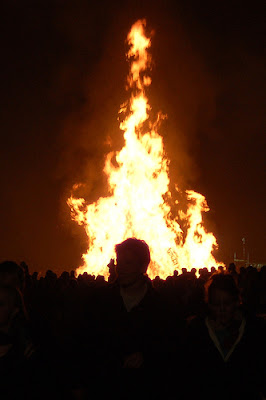 Now you know why I am a wee bit angry.  I could easily lead a mob through my town at night to ferret out all the vampire bottles of Auchentoshan 12 and 18 and pile them in the town square and burn them up!  I am thinking a bonfire with flames reaching 20 feet in the air, high enough to divert the attention of US spy satellite operators from the latest Megan Fox sighting to this very important crisis of whisky nuts everywhere!

Copyright © Jason Debly, 2009-2013. All rights reserved. Any and all use is prohibited without permission except for certain photographs.  Some of the photographs appearing on this site are not by the author, but rather other photographers and/or copyright holders and so their permission is required to reproduce.  Photo credits as follows:  Image of Simpsons characters mob is the copyright of © The Simpsons TM and 2007 Twentieth Century Fox Film Corporation.  Auchentoshan 12 bottle and back of same bottle by Paul Henman; the great photo of the Auchentoshan cork is by Steven Garvin; Back lit line up of various Auchentoshan bottles by Ian Murray; Mitt Romney photo by Reuters.  Bonfire photographer is Paul Stevenson and reproduced here pursuant to the Creative Commons copyright.  Note:  All images appearing in this article are for the purposes of nostalgia, education and entertainment.  Moreover, all images used are considered by the author to be significant in illustrating the subject matter, facilitating artistic/critical commentary, as it provides an immediate relevance to the reader more capably than the textual description.
Posted by Jason Debly at 1:58 PM

Email ThisBlogThis!Share to TwitterShare to FacebookShare to Pinterest
Labels: Auchentoshan