I received an email the other day from a whisky obsessed fellow, Mack McConnell.  Mack introduced himself and explained that a month ago he and some others launched a website: Taster's Club Whiskey of the Month

He wanted the opportunity to basically promote his business venture on this blog.  I checked out his site and basically the business concept is: in exchange for a fee, members get a different 10 - 15 year old single malt or American whisky every month.  I thought to myself, "nothing wrong with helping out an entrepreneur in the whisky field."  So, I suggested to Mack that he send me a review of a whisky of his choosing, and if I like it, I will publish it.  In that way he gets some business promotion.  He shot back a review of Caol Ila 18 and judging by his review, I would say the guy is a certified whisky nerd like moi.  Nevertheless, you be the judge:

First of all, get a load of this distillery: 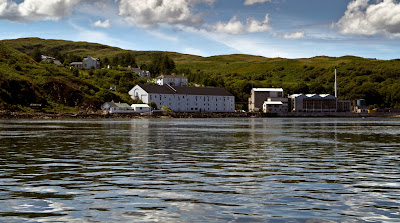 It was built in 1846 and is situated in a picturesque cove on Islay, near Port Askaig.  Yes, this is the stuff postcard images are made of.  The distillery sources most of its water for production right there in its own front yard - Loch Nam Ban.

Also check out this photo of a control booth inside the Caol Ila distillery: 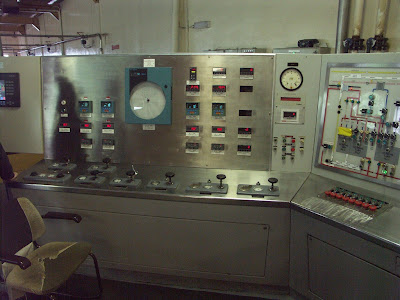 The Star Wars movie fan in me found the distillery's control room strikingly similar to the weapons control room on the Death Star: 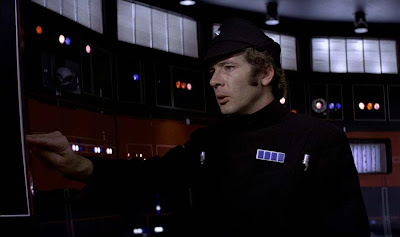 I recently came across a bottle of Caol Ila 18 year old as a gift.  It wasn't on my top five list of new whiskies to try, but this was a nice excuse to give it a go.  After all, I had heard quite a bit about it.  I knew it was heavily used in blends like Black Bottle and Johnnie Walker blends, but had never had it on its own.  I was excited to see how it held up as a solo act.  By the end, I was pretty glad this one fell into my lap because it became a new favorite of mine.

This Islay malt is not as coarse as many I have tried from this region, and it is also not peat-heavy either.  The nose is exciting and addictive.  The flavors don't deliver quite as much as the nose, but still very satisfying. 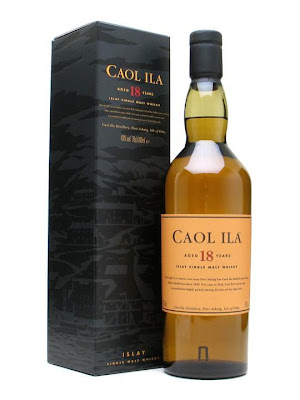 Nose
Warm rounded peat - again, not hitting you over the head, but has a strong presence.  Also distinct floral notes.  Then a bit of citrus - lemon - and some apricot.  An ashy camp bonfire.  A bit of salty burned meat, too?  Oak and herbal leafy notes seem to be all over the place.  Well balanced with the peat taking a bit more of the stage than the others.

Palate
The beginning is smooth and mellow.  A little bit sweet.  I also get a fair amount of acidity and a bit more salt.  Vanilla and peat start to creep in - a bit of the same ash camp bonfire as detected on the nose.  I noticed some almonds and cedar wood.  It's clear that the flavor is not as direct as the nose was hinting to me.

Finish
Warming.  That light smoke from before surrounds the end and really rides out the flavor.  A bit of the salty notes that I had before remain, still.  Also I notice a bit of sweet peat, similar to what the nose hinted at.

Conclusion
All in all, I'm glad I was able to get my hands on this bottle.  It's simply awesome.  For me the nose was the most interesting part.  It promises a bit more than the flavor delivers, but it's no disappointment.  The peat is there, but it's not a raunchy peat party like some, contributes to an overall well rounded Islay malt experience.

It was interesting to drink it with a friend of mine, who is very new to whisky.  He loved it equally.  I'm confident this is a good one for whisky aficionados and jedis, alike!

Well readers, I think Mack has written a scotch review from the heart of a sci-fi nut!  Let's show our appreciation and check out his new business:  Taster's Club Whisky of the Month