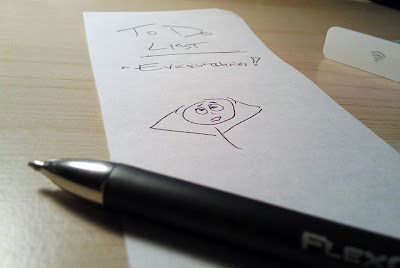 Ahh the dreaded 'to do' list.  We have them for work, home and well . . . . everything in between.  I seem to be adept, at attracting these paper reminders, and even more skilled at ignoring such mundane papyrus at my peril.

They are a fact of my life.  If I am not facing one drawn up by my assistant at work, I am being handed one, ink not quite dry, by my wife, or peeling it off the fridge as I reach the garage door.

The other evening, I was staring at a yellow one, with neat little lines.  All the tasks were ticked off.  It was late.  Maybe 9pm.  Cold as a witch's tit outside.  Biting winter wind chill outside of about -22 Fahrenheit, as I sat in my black Ford SUV with white road salt licks, in front of a grocery store, in the nearly deserted parking lot, lit by flickering fluorescent street lights.  The night sky twinkled.  Ever notice how brutally cold weather and clear night skies seem to go hand-in-hand?

I got the groceries, dry cleaning, went to the bank machine, and now I actually had a moment with nothing left to do.  A rare moment.  I savored it knowing full well the experience would be fleeting.  In this most pleasant state of calm, I decided to put something new at the top of the yellow lined paper in my hand.  I scrawled in script that might best be described as early Cro-Magnon, one word: "Me." 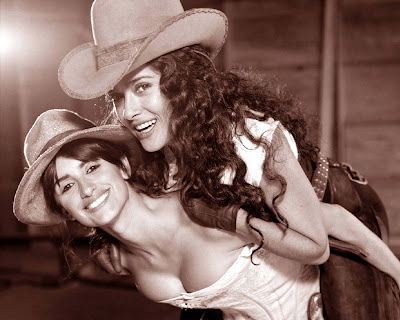 Yup!  At the top of the To-Do list was me.  My mind wandered, as I surveyed snowbanks and straggler shoppers pushing shopping carts, and I thought it would be nice if Penelope Cruz and Salma Hayek had me at the top of their respective to-do lists.  That would be mighty considerate of them.  Really!  The things I think of, when I have a moment for reflection, would raise the blood pressure of any psychiatrist and probably fatten their bank account too.

Anyway, what was I going to do for me?  As of late, I had been a relatively good son, husband, father, compliant/drone civil servant, tax paying automaton to the state, and now I needed a reward.  The world owed me.  What did I do?

I headed directly to the liquor store.

On the shelf were some left-overs from the recent whisky festival.  One of the bottles was Longmorn 16 years single malt.  Never had any Longmorn.  Matter of fact, didn't know a damn thing about the distillery.  $85.  Not cheap.  Must be good I thought.  The box declared it was non-chill filtered and 48% ABV.  I deserve this handsome whisky I thought to myself.

I opened the box under the suspicious eye of the store clerk and undoubtedly a security camera or two that swiveled to spy on me.  Leather wrapped base of the bottle gave it an air of sophistication.  Like most men, I am visual and many of life's most important decisions are based on looks.  I liked the looks.  I bought it. 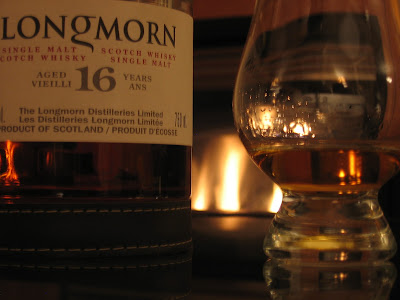 Back home I got the fireplace going and settled down to my newly acquired malt.

Finish (undiluted)
Grassy, leafy and minty.  Something is off.  Reminiscent of Chai tea (black tea with hints of cinnamon, cardamon, ginger, clove and black pepper -just don't add the milk and you know what I am talking about).  The more I drink of this, the stronger a ginger note is on the finish.

General Impressions
I am disappointed.  This single malt lacks complexity.  The finish is rather strange with the mint and grass notes.  They do not build on a palate that was orange chocolate, honey and cloves.  Hardly any smoke or peat worth mentioning.  That being said, this is not a 'bad' or offensive whisky, just unremarkable other than that peculiar finish.  Kinda like a cliff-hanger ending to a movie.  You walk out of the theater saying to your chum that the movie was okay until the ending.

It is smooth for an ABV of 48%.  However, at the price point it demands, we expect more.  The lack of complexity with an odd finish that is best termed as leafy, will leave you wanting more. 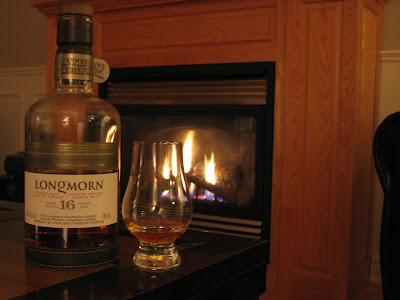 Water?
Here is the peculiar aspect to this malt.  Normally at 48% ABV I am thinking that some amount of water is a must.  But, any addition of water fails to improve on the flavor profile.  It becomes easily diluted in taste.  You add less and less water and not seeing any benefit.

There are those malt fans who dogmatically claim a higher ABV and non-chill filtration leads to a great malt. Longmorn is both and it is not a great malt.

Conclusion
If the price point was $20 less, I might be more charitable to this malt.  But, that is not the case.  Accordingly, it will not make the top of my to-do list, just as my name will not appear at the top of Salma's anytime soon.

Copyright © Jason Debly, 2009-2012. All rights reserved. Any and all use is prohibited without permission.  Photo credits: To-Do List photograph taken by Flickr member John Schultz and used here pursuant to a Creative Commons Licence.  Photograph of Salma Hayek and Penelope Cruz is a promotional photograph for their film Bandida's (2006) widely available on the internet.  The remaining two photographs of Longmorn were taken by me.  Note: All images appearing in this article are for the purposes of nostalgia, education and entertainment. Moreover, all images used are considered by the author to be significant in illustrating the subject matter, facilitating artistic/critical/humorous commentary, as it provides an immediate relevance to the reader more capably than the textual description.
Posted by Jason Debly at 7:35 AM

Email ThisBlogThis!Share to TwitterShare to FacebookShare to Pinterest
Labels: Longmorn 16