What does Pierre Cardin and Macallan share in common? 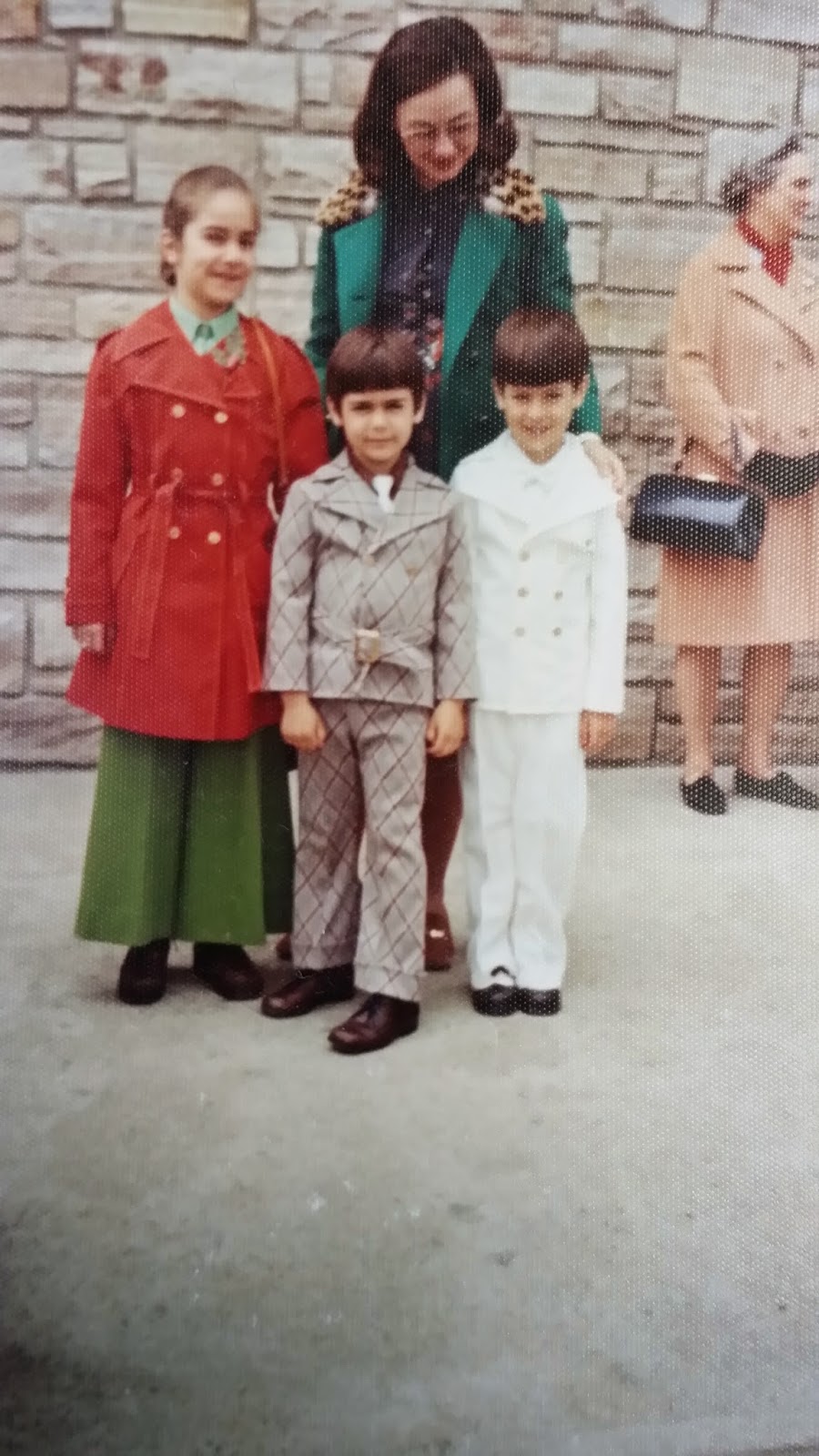 That's me on the right in my Pierre Cardin, 100% white polyester, ready-to-wear, leisure suit, circa 1972.  Next to me is my brother, who looks like he has a future with one of New York's Five Families, and on the far left is my smartly dressed cousin May in forest green bell-bottoms.  Looking down is my mother with the Mobutu Sese Seko style leopard fur trimmed green coat.  These early 70's fashions got me thinking about brands, and that got me thinking about whisky.  Before you stop reading and move on to a sensible whisky blog, please hear me out.

Remember the Pierre Cardin brand?  There was a time when it was the leading brand in the fashion world.  He was the first designer to go from designing strictly for rich people, and selling through very exclusive boutiques to introducing a ready to wear/off the rack collection that would be available everywhere, even my local Kmart!  The brand was hot, the styles were cool, but over time, he started licensing his name to everything including car interiors!  Check out this Cardin interior of a 1972 AMC Javelin: 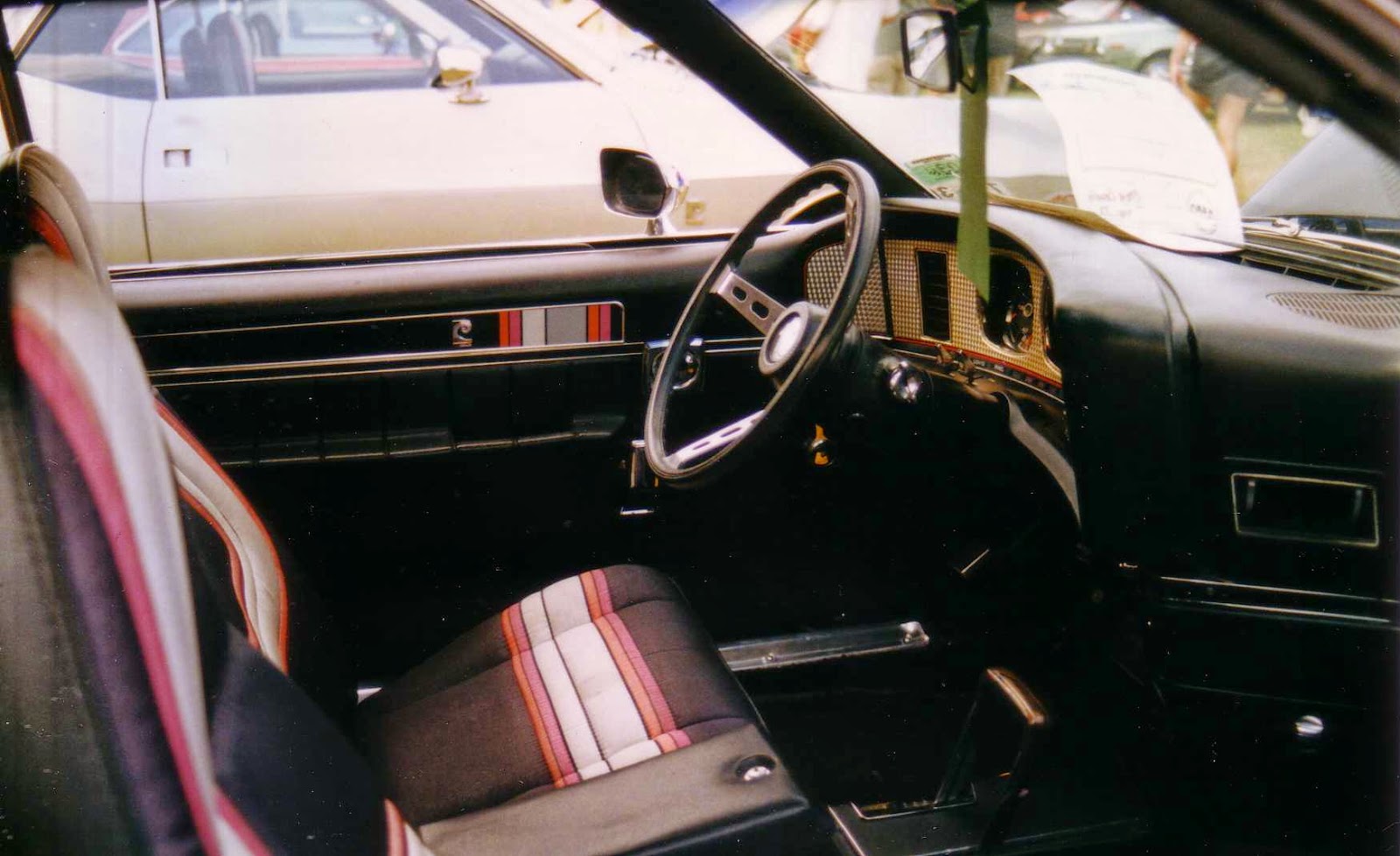 What do you think that did to the "Pierre Cardin" brand?  Suddenly licensing the Cardin name for everything under the sun, ranging from "industrial design" of cars and airplanes to apartment interiors and furniture took away the cachet and the value of that brand.  Similarly, I notice the same phenomenon happening to single malt Scotch whisky brands.

At a recent whisky festival, I attended numerous tastings by major single malt brands.  The whiskies were unexceptional.  They tasted fine with no obvious flaws, but were not exciting.  The lack of amazing and downright magical flavors I attribute, in large part, to the decision by major brands to move to no-age-statement (NAS) releases.  I think there has been a loss of quality.  Examples?  Macallan.

In the past, Macallan was a single malt brand with an exalted status.  It was expensive, but worth it.  The 12 year old was a classic sherried single malt that was a benchmark against which all other sherried single malts would inevitably be measured.  The 18 year old sherry oak was an Everest peak on the single malt landscape that was responsible for grown men having first time conversations with their souls that they never knew were possible.  The 25 was fantastic, but too costly for us lesser mortals, who only enjoyed it at festivals or when a Macallan rep would pour some if we were a really good audience.

More recently, Edrington (owners of the Macallan brand) have announced that they are slowly discontinuing the core range of 10, 12, and 15 year age statement editions while at the same time launching 1824 Series NAS releases: Gold, Amber, Sienna and Ruby.  I have tasted these precious metal and semi-precious stone libations and I have been left cold (except for the Sienna, but the price is outrageous).  What gives?  They had something good with the 12 year old, like my Pierre Cardin leisure suit, but moving to NAS bottlings is like Pierre branching out to the Javelin.  These whiskies are leaving me disappointed (except for the Sienna, but it is too damn much!).

Macallan is not the only brand going Cardin on us.  Diageo got rid of the 18 year old Johnnie Walker Gold label and moved to inferior NAS Gold and Platinum Labels.

Let's return to Macallan.  My personal theory is that the demand for Macallan has outstripped supply.  Based on limited stocks of aged whiskies in their warehouses, the age statement releases are naturally finite in annual supply.  But, if Edrington drops the requirement of an age statement, younger whiskies can be used, thereby boosting supply to meet that insatiable market demand for Macallan.  By boosting supply, I bet Edrington boosts profits too.

Profit is not a dirty word in my vocabulary.  I am all for capitalism, while flawed, it is still the best way to organize our economy.  But, I believe this pursuit of profit is impacting the quality of whiskies being produced by Edrington and other multinational drinks companies.  The deleterious affect on quality is not one that I would term dreadful or terrible, but rather a slight lowering of the bar.  The prices are still high, but the malts are not tasting as good.  Initially, sales will be strong and maybe profits, but over the long run this move to NAS allows a decrease in quality of whisky to creep in.  Please note, I am not saying that NAS automatically means mediocre whisky.  I am saying that by lifting the age requirement, the temptation to add in whiskies that are too young and much less expensive can result in a dram that once was great to one that now is about as much fun as watching golf on TV.

What Macallan should do is stick to its core business: producing great single malts.  I always think of Oban when this topic comes up.  Oban is limited in annual supply because its water comes from the local town.  It gets an allottment and when it is used up, that is the end of production.  Prices tend to stay firm and demand high.  Diageo are not launching NAS Oban and I pray they never do.  There is no need.  A great product with a loyal following means steady profits.  Maybe profits would spike for a year or two if they went the NAS route but in the long run, Diageo would damage this wonderful brand.

Ultimately, I am unconcerned because the market will correct the problem of Macallan and other brands that venture too far with NAS releases.  Just as a lot of consumers turned away from Cardin, so will a great many whisky consumers move away from high priced NAS releases in favor of other distilleries and independent bottlers that are producing higher quality products.  And, there are great NAS whiskies, but lately I am noticing they are coming from the smaller producer and independent bottlers.  In my next post, I will tell you about a great NAS release as well as an age statement single malts that I discovered being brought to market by an independent bottler that has the magic we are all seeking in our whiskies.