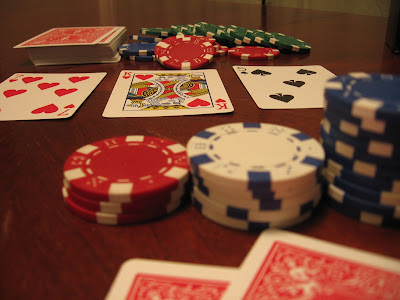 Think about it.  You weigh your bet by reading the lyrical tasting notes on the whisky container or back of the bottle that are invariably attributed to the master blender.   They read like the bad poetry of a lovesick high school nitwit.  Such puffery is about as reliable as the declarations of luv of the aforementioned high school Shakespearean.

Like the scotch nut that you are, consulting other sources is a compulsion.  A must.  Hell! A categorical imperative!  So, you scour the internet for 'tasting notes,' 'reviews' . . . oh hell anything that might give you an insight or reveal a 'tell' as to what the scotch really tastes like.  You even check out a purported 'bible' of scotch reviews.  The tome reads well and seems informative, until you decide to test its reliability by flipping to some bad whisky, only to behold yet another glowing review.

But . . . in the end, doesn't it sometimes just come down to the attractive shape, heft, appearance of the bottle, packaging, and maybe the reputation of the distillery or brand?  So, you just push 'all-in' pre-flop by paying the price and going home, pouring a dram to see if you 'hit' on the flop. 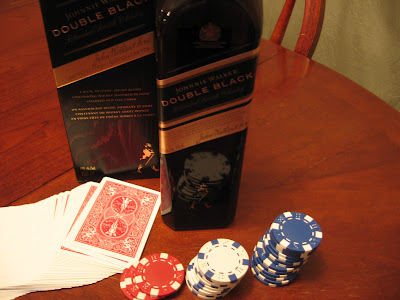 At least that was how it was for me when I first learned that Diageo (the company which owns the iconic Johnnie Walker brand) announced the test launch of a new extension to the Johnnie Walker brand: Johnnie Walker Double Black.  I read everything I could and most of it was the same press release from Diageo, but reworded by the spirits press and whisky websites.

Initially, the 2010 release of Double Black was limited to just six exotic duty free stores of certain international airports around the world: Dubai, Beirut, JFK, Bangkok, Singapore, and Sydney.  Needless to say, I do not go in and out of those airports, so I knew I had to wait.  If sales were good, Diageo would expand distribution to broader markets.  So, two years later, I was able to procure a bottle once it became more widely available in North America. 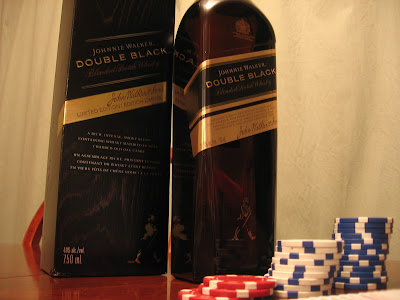 So, what's it taste like.  Did I go bust by buying this or double up?  Let's see:

Nose (undiluted)
Sophisticated but subtle.  Kinda like Miles Davis using the mute on his trumpet early in his recording career.  Sweet.  Seaweed, iodine and fishing nets drying in the afternoon sun.  Pinewood fires.

Finish (undiluted)
Unmistakable Islay finish of wood smoke, Atlantic ocean salt, gingery green seaweed, and a subtle sherry warmth spreading across the chest.  A feeling of heat and safety envelopes you.  Great length of flavors on the finish. 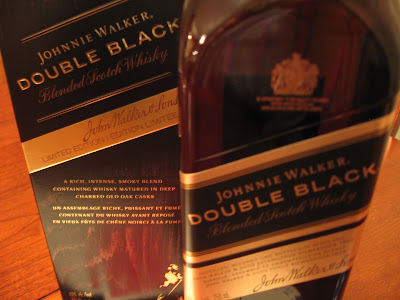 Is Double Black Similar to Black Label 12 yrs?
The packaging describes this spirit as "a blended whisky created in the style of Johnnie Walker Black Label but with a rich, more intense, smokier flavour."  Reading that sentence, one would surmise that if they are a Black Label fan, then they will certainly enjoy Double Black.

I am not so sure.

The reason I am unconvinced that Black Label fans may be enamoured with Double Black stems from the fact that Double Black entirely lacks the spicy caramel, cinnamon, and malty brown sugar that is much of the backbone of this classic blend.  The 12 year old Johnnie Walker Black Label at the mid-palate point, becomes smokier with Talisker.  It wonderfully compliments the caramel, brown sugar and citrus/malt notes.

By contrast, Double Black is just peaty and smoky.

Yes, there is some black tea action going on, coupled with seaweed and maybe a bit pine needles.  But, the smoke and peat dominates those flavors.  As a result, Double Black's smoke and peat has no interplay or call and response with other flavor notes like you experience in the standard bottling where burnt cinnamon toast and caramel have a tug of war with the smoke and peat of Talisker and other Islays.

Accordingly, the standard Black Label is . . . dare I say . . . better?  Yeah, I'll say it.  I like the Black Label better than Double Black.  This is not to say that the Double Black is a poor blended scotch.  Quite the contrary.  Double Black is a luxuriant, smooth blend, but with a heavy emphasis on the Islay region to the exclusion of all other flavors.

Where Black Label seemed to be firmly in Speyside with some smoke from Islay, Double Black packed up its bags and moved out of Speyside and set up a tent in Islay. 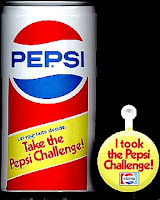 Let me put it another way.  Are you familiar with Highland Park 12.  If so, compare it to Highland Park 18. In many ways, Highland Park 18 is the 12 on steroids.  Everything in the little brother 12 is found in the 18, but punched up a couple of notches, mind you in the most elegant and brilliant of ways.  The 18 stands on the shoulders of the 12.  You can trace the genealogy of the 18 easily back to the 12 in the tasting.

The same sibling rivalry cannot be said of Johnnie Walker Black 12 yrs and Double Black when they go head to head in a Pepsi challenge or G-d forbid: a whisky death match.  They are not brothers or even distant cousins.
Johnnie Walker Scotch Whisky Global Brand Director, David Gates has been quoted as saying Diageo wants the consumer to perceive Black Label and Double Black as 'brothers.'

"We want consumers to recognize that they are brothers."

That may be the intent, but this is one rare instance where Diageo has failed in its execution.  Black Label and Double Black have little in common other than being brands owned by the same company.  The former is caramel, citrus, toffee and spices, with some smoke, while the latter has none of the aforementioned flavors (except for smoke), and instead is dominated by the tastes of peat, smoke, black teas and a wee sherry/malt on the finish.  (Note:  Apparently Double Black does not use any sherry casks in the blend, but I am tasting something akin to sherry on the finish anyway.)

I suspect that Diageo positioned Double Black as a 'brother' to Black Label in order to capitalize on the well deserved reputation of the latter.  Do not be fooled by this marketing slight of hand.  Double Black and Black Label are very different scotch whiskies.  Both are good, but different!

Another reason Diageo may have tried to link these two expressions as brothers is due to the strong brand loyalty of blended scotch drinkers.  Consumers who regularly consume blended scotch tend to be loyal to their 'brand' and are less likely to experiment with single malts and other brands.  Such blended scotch drinkers very much identify with a particular brand all their life.  If Diageo can convince some of their blended scotch customers to pay more without an age statement, it could be very lucrative, as has been the case with Blue Label. 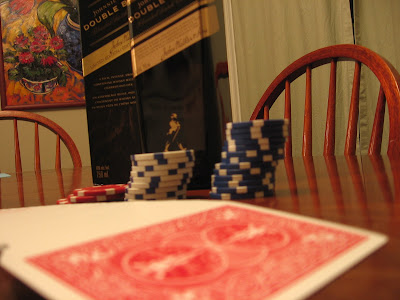 Price Point Analysis
Johnnie Walker Double Black is substantially more expensive when compared to Johnnie Walker Black Label.  In Canada, specifically Ontario, Double Black is $69.  A price point that is inhabited by more than a few good Islay single malts.  Bowmore 12 is $10 cheaper.  Talisker 10 is about $6 more.  Go to the United States and you can pick up Black Bottle for 1/3 of the price of Double Black.  Bottom line:  Double Black is very expensive.  Not a value for money play by any means.

So, why the high price?
The high price functions to assure the consumer that he or she is drinking a whisky that takes no chances in offending you.  No bite, raw alcohol or bitterness when you pay full retail on this whisky.  This is exactly what the brand loyal blended scotch whisky consumer expects and is prepared to pay a premium for.  Diageo know their market, and have targeted their blended scotch consumer very well.  They are unconcerned with the opinions of scotch aficionados (like me) because they are not targeting that segment of the marketplace.  One must remember that over 85% of all single malts produced are for blended scotch consumption.  That's the largest segment of the market and where the money is.

A Gift?
If you are reading this post because you are considering purchasing this as a gift (and unconcerned with value for money matters), you will be on pretty safe ground.  Double Black delivers smooth waves of peat and smoke over black tea flavors.  Totally inoffensive and quite pleasant.  No sharp or bitter flavors.

Complexity?
Here's the one significant weakness of this blended scotch.  Given the expensive price, serious scotch whisky consumers will expect to be 'wowed' a little.  Complex flavors that dance on the palate.  Not here.

The first sip is probably the best.  It exhibits some intricacy.  A wee little spice and nuance.  But, the whisky does not stand up to repeated sips.  It becomes too rounded, sweet and gentle to make you sit up and admire any complexity.  There should be more here for the price. 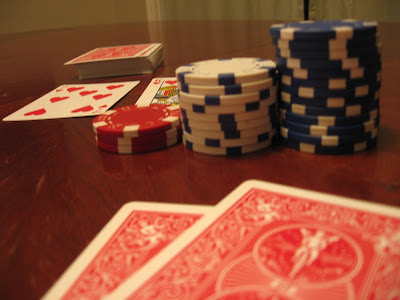 Not me.  (Not that Diageo care because I am not the loyal blended scotch drinker segment of the market they target with Double Black.)

I paid too much for what I got.  I keep thinking that this tastes a lot like Black Bottle.  While Double Black is somewhat better at about three times the price, it's not that much better.

I like it.  I enjoy it, but just not at that price.  I don't mind paying a lot for scotch whisky, but it better be good.

Double Black is the kind of scotch whisky that I will buy only on sale (at a steep discount) at Duty Free or on sale if I am in the greatest whisky land in the world: New Hampshire (due to their low taxes).  So, I guess I hit the flop, but didn't make much of a hand!


Copyright © Jason Debly, 2009-2012. All rights reserved. Any and all use is prohibited without permission.
Posted by Jason Debly at 1:17 AM