Tips to Develop Your Whisky Palate! 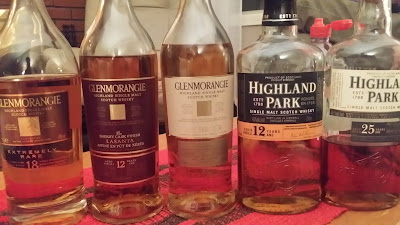 The subject of whisky appreciation is intimidating. Why? Probably because good whisky is expensive, which means it has been traditionally the drink of the affluent and gold crest embossed navy blazer wearing, private school educated prats, whose only claim to fame was having the dumb luck of winning the genetic lottery of "fabulously rich parents."

You and I are not enjoying summering-in-The-Hamptons prosperity, and therefore not part of the clubby world of those incredibly annoying whisky pretenders.  We do not spend our evenings sipping fine single malts in dim paneled libraries, lit by the soft yellow glow of antique Tiffany lamps, discussing politics, the current price of light sweet crude, and the latest society scandal that the fourth estate hasn't gotten wind of yet.  I mean did Chad really do donuts with his mother's robin's egg blue '74 Porsche 911 on the judge's lawn that night?  The young man should have dealt with his disappointing fiance in a more elegant manner.  He should have challenged the old lecherous barrister to a duel in the park on Sunday at noon.  I would have been his second, by George!

Hell no!  That's not us.  But, we do know a few of the know-it-all cretins who put on such airs, and deftly cut us to pieces when they ask us pithy questions, usually at whisky festivals, like: Debly, what do you taste in this single malt?  Well, the next time the ascot wearing Mr. Peanut tries to pull that passive aggressive shit on you brother, you gonna hit back so hard that the ivy league pug is gonna cry for his mommy.   Not literally bro, we're gonna do it up high society like, we gonna retort like a poet!  Let's mow the muther down with a solid howitzer volley of astute whisky observations.  How you ask?  Worry pas ta brain, it's easy peasey lemon squeezy.

Imagine yourself in your Mother's kitchen back when you were a kid, before you became the suburban teenager who played nothing but NWA and Public Enemy in your 'crib' (aka bedroom).  Conjure up your inner child's vision of Mom's or maybe Grandma's kitchen in the country.  OK?  What do you see?  What do you smell?  What do you taste?  The crystal bowl of strawberries from the field?  Still warm from the noon hour sun?  Cherries? Over there on the counter is the sliced watermelon.  Yeah, now you're getting the hang of it.  Now, imagine what it tasted like to you as a kid.  You know.  Good.  Okay now turn to the spice rack. Cardamon, Kosher salt, peppercorns, sage, parsley, dill?  Don't forget that pitcher of spring water with a slices of lemon floating on top.  What's that in the oven?  Apple pie. In the cupboard, boxes of cereal and oats. In the bread box, rye bread and a jar of wild honey.

Now, take the tiniest of sips of your whisky.  I mean the tiniest, like the size of a quarter on your palate, hold it for twenty seconds and ask yourself what do you taste?  Rye bread?   Maybe some caraway seed in there too? Is there some strawberry lurking under it all.  Swallow.  What remains for flavors?  Was your sip initially sweet and then once gone left you with dusty rose notes?  Cereal notes?  Black pepper?  Now let your mind go wild?  Just roam through the kitchen ingredients in your mind.  Yeah, it does kinda taste like balsa wood, it is dry, that is what balsa wood would taste like if a person actually tried balsa wood.  Now tell Chauncey what you taste in single words.  Keep it simple.  Save the Lord Byron poetry for the ladies in the parlor. 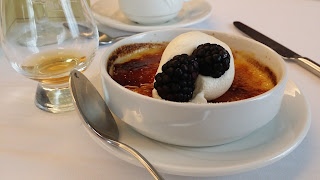 "Sweetness.  Honey.  Caramel.  Oak."  Pause for affect and think what are the flavors left with you after swallowing.  Now raise your game and use two words:  "Creme brulee or dark toast or fruit cake or  lemon meringue."

People will be impressed because your response is honest and accurate.  If Bryce removes his cigarette holder from the corner of his mouth and snickers a put-down of any kind, you have my permission to slug him!  Besides, anyone who holds the opinion that the BBC's Pride and Prejudice miniseries is better than Talladega Nights: The Ballad of Ricky Bobby deserves a good smashing.  And, I will act as your second if you are challenged to a duel!


Jason Debly
Posted by Jason Debly at 9:54 AM 9 comments:

Closure
Plastic/Silicon stopper that was made to look like cork.

Palate (undiluted)
Sweet oak, big time caramel, I mean a lot of caramel that makes me think I am tasting the E150 that was undoubtedly added to make the color darker.  The caramel is too sweet and almost synthetic.  Oak is here as well as chocolate flavor powdered Nestle's Quik.  Christmas cake, rum notes.

Finish (undiluted)
Length is medium, consisting of an astringency/bitterness that is a mix of rubbing alcohol and oak.  A little creme brulee? 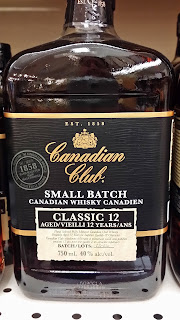 General Impressions
This is very smooth, caramel dominated whisky with some chocolate powder and creme brulee followed by an astringency/bitterness of the grapefruit pith variety.  The whisky is not horrible, but not exceptional by any means.  I really think this should be used as mix and nothing more.  Not great neat.  I cannot recommend this whisky for sipping.  As a mix it works with ginger ale and as the ingredient whisky base of cocktails.

Jason Debly
Posted by Jason Debly at 3:00 PM No comments: