The Macallan and Lalique Join Forces to do Good! 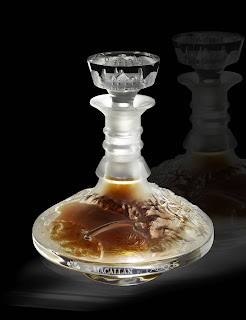 Lalique is a company based in France that designs and crafts the world's most expensive crystal vases, perfume bottles, jewellery and even furniture (glass/crystal tables).  I mean billionaires buy their wares. 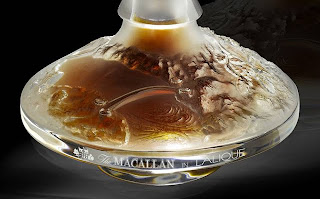 Why should you care?
Well, the aforementioned French company and The Macallan (a company I am sure you are familiar with, and if not then please leave my blog now) have teamed up to produce a series of little crystal decanters (10cl) of the 64 year old Macallan plus only one large decanter (1.5L) of the scotch.  The decanters will be going on an international tour.  During the worldwide tour, there will be an auction conducted by Sotheby's of only one 10cl smaller crystal decanters per city.  The tour winds up in New York City in early November.  In New York, the large decanter will be auctioned off.  All the proceeds of the auction go to charity.

The charity is Charity: Water.  It is a non-profit organization dedicated to bringing clean, safe water to people of developing nations.  They fund the drilling of wells, and other infrastructure projects to get water to those who don't have it.

And that is why you should care.

My blog is usually a series of irreverent, hopefully entertaining, but probably at times rude musings on scotch and whisky.  Being preachy ain't my calling.  However, when two big companies get together to do something good, I try to see the good.  Yeah, yeah, I know that one could argue they are not doing this out of the kindness of their hearts, but merely to raise or maintain their respective "brand awareness."  You know what I say to such arguments?  So, what.  Good for them!  Companies are going to spend big dollars on advertising, but if they can do it and simultaneously stimulate worthwhile charity work, that's a great and commendable act.

The Tour du Monde started in Paris just a couple of days ago on April 6th.  At the Four Seasons Hotel George V the first of several 10cl was auctioned off for 5,000 Euros (approx. $6,694 US).  A tidy sum that will provide a community of up to 250 people with clean water for 20 years.    Not all the money bid was just for the scotch.  Lalique crystal is collectible (an understatement if there ever was one) and appreciates in value like New York real estate on the Upper East Side.  “Chardons,” a 1903 René Lalique jewel, sold for US$363,000 in October 2006 in New York.  In October 2009, an Art Nouveau multi-gem and enamel pendant necklace by René Lalique was auctioned in New York for a world record US$554,500 (against an estimate of US$400,000).

Other cities that the grand scotch and decanter will visit are: 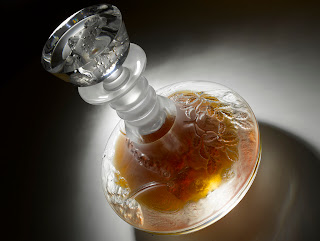 For more information on this tour and photos please use the link:  http://www.charitywater.org/themacallan/

What Can You Do? 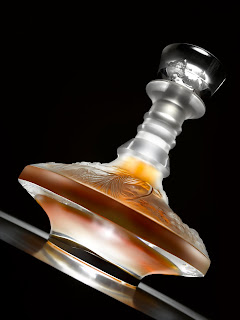 Of course, I do not expect you to attend these auctions and bid on this single malt.  Most of the readers of this blog are much like me: not rich and likely the polar opposite.

You could also make a donation of your choosing to Charity: Water directly.  Try that!

Anyway, I will do my part by buying a bottle of The Macallan 18 year old Sherried version for an upcoming review.  Ahh! the things I do in the name of charity!